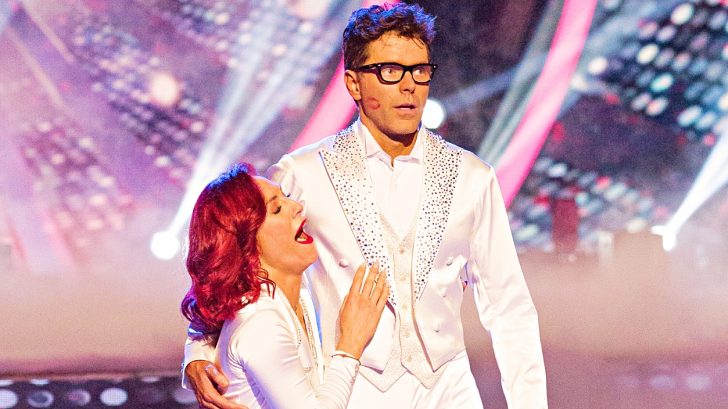 When Bobby Bones first teamed up with Sharna Burgess, the odds were against them. Literally. They were given a 20 to 1 chance to win the competition. While Sharna was a well-trained and seasoned dancer, Bobby was able to do “the floss.”

Started (picked) at the bottom…. now we here.

Started at the bottom, now the whole team here pic.twitter.com/OIvP1EqgMd

But, week after week the two improved together and the chemistry was definitely there. The country radio host really showed off his stuff during DWTS country week. The two performed the waltz to the hit Elvis song, “Can’t Help Falling In Love” sung by Chris Janson.

The show continued and each week, fans were either shocked or excited to see the couple move on round after round. At the end of it all – they were voted all the way through and became the new DWTS champions!

You guys did this. Thank you. Champions ! pic.twitter.com/aEaeGLuCQn

Even country star, Jon Pardi was overwhelmed with the exciting news. He took to social media with a semi-censored congratulations.

Not Everyone Was Happy

Unfortunately, when you are on top of the world – many people want to knock you off the mountain. Some anti-fans took it pretty far with mean comments about the radio personality and his dance partner.

Many people went as far as saying that Bones couldn’t dance at all.

Did One Anti-Fan Go A Little Too Far?

While the mean Tweets were already bad enough – someone hacked into The Bobby Bones and started re-tweeting all of the negative comments. They even changed the show’s handle!

Some didn’t realize it was hacked and jokingly questioned if his co-host, Lunchbox was in charge of all the mean things being posted on their Twitter. Lunchbox is known for his crazy antics but even he wouldn’t go this far!

Despite all the hate, Bobby Bones seemed to handle it all really well. Instead of getting mad and firing back his own mean Tweets – he laughed it off telling social media, “Haha. Our show Twitter was hacked by haters.”

The show also made a public statement on Instagram that they were hacked on Twitter and would be working on fixing it as soon as they could.

To do so, it looks like they took everything down from the profile. Stripping it down to nothing – they plan to move forward and make sure that this sort of situation doesn’t happen again.

At the end of the day, Bobby Bones and his team don’t seem too worried about it. They are handling the situation and enjoying his big win on Dancing With the Stars. You can watch Bobby & Sharna’s final freestyle to “The Greatest Show” in the video below and let us know what you think.