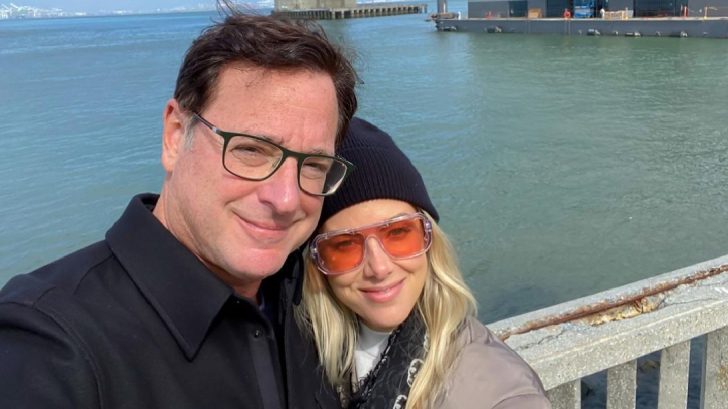 In a heartfelt post made to Instagram, Bob Saget’s widow Kelly Rizzo paid tribute to her late husband.

Bob Saget passed away unexpectedly on Sunday, January 9, at the age of 65. The actor and comedian was found unresponsive in his hotel room at the Ritz-Carlton in Orlando. As news of his death spread, Saget’s fellow “Full House” stars and numerous other celebrities took to social media to remember him with touching tributes and photos.

Bob Saget was laid to rest at Mt. Sinai Memorial Park Cemetery in the Hollywood Hills on Friday (January 14). Among those in attendance were the actor’s “Full House” co-stars Candace Cameron Bure, Jodie Sweeten and Mary-Kate and Ashley Olsen. John Stamos and Dave Coulier also attended and served as pallbearers.

Following his funeral, Saget’s widow opened up for the first time about the loss of her husband whom she called “the most incredible man on earth.”

“My sweet husband. After much reflection this week, I’m trying, really trying, to not think I was robbed of time. But instead to think: How lucky was I that I got to be the one to be married to THE MOST INCREDIBLE MAN ON EARTH. I was the one who got to go on this crazy ride with him and be in his life these last 6 years. We had that time to make each other the happiest we’d ever been and change each other’s lives forever. I got to be the one to love him and cherish him. He deserves all the love. Every ounce of it. Because that’s how amazing Bob was. He was love. If you were in his life you KNEW he loved you. He never missed an opportunity to tell you,” Rizzo wrote.

Rizzo concluded with a promise to share Bob’s legacy with the world and make him proud.

Bob Saget was 62 when he married the then-39-year-old Rizzo in a beachside wedding in 2018. Rizzo is Saget’s second wife. He was married to Sherri Kramer, with whom he shared three daughters, until 1997. He was introduced to Rizzo two years later, and despite never thinking he’d find love again, he fell head over heels for the food blogger.

“I didn’t think I’d have a relationship again,” the comedian told Closer Weekly. “I was kind of in that ‘just work, make people happy and take care of your kids until they’re 90’ mindset.”