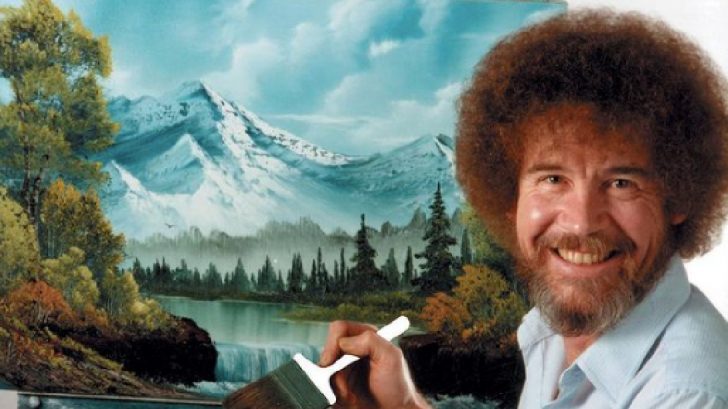 Bob Ross is arguably one of the most recognizable artists of the 20th century, thanks to his painting style…and his hair.

Ross, who passed away in 1995, was the host of a wildly popular painting show that aired on PBS. The Joy of Painting aired for 33 seasons over the course of 11 years and earned Ross three Emmy Awards. The artist’s instructional painting videos endeared him to fans, but it was his permed hair that set him apart.

A new Netflix documentary about Ross’s life was recently released, giving fans a glimpse into the man behind the tv show. In a promotional post made to Twitter, Netflix shared a photo of the painter without his signature perm and beard.

“Seeing Bob Ross without his signature curls and beard is one of the most shocking moments in Bob Ross: Happy Accidents, Betrayal & Greed,” Netflix captioned the photo.

Seeing Bob Ross without his signature curls and beard is one of the most shocking moments in Bob Ross: Happy Accidents, Betrayal & Greed pic.twitter.com/7bCCsfy7C1

So what’s the story behind Bob Ross’s famous hair? In a 2016 interview with NPR, Ross’s longtime business partner, Annette Kowalski, explained that he had just gotten out of the Air Force and was trying to make a living as a painter.

“He got this bright idea that he could save money on haircuts. So he let his hair grow, he got a perm, and decided he would never need a haircut again,” Kowalski shared of Ross who had naturally very straight hair.

Unfortunately for Ross who hated his perm, the look became his company’s logo. “He could never, ever, ever change his hair, and he was so mad about that,” Kowalski says. “He got tired of that curly hair.”

Ross was at the height of his popularity long before the internet and social media came on the scene. Thanks to The Joy of Painting airing on streaming platforms, Ross has found fame among a new generation of art lovers and his YouTube videos have garnered millions of views from those who are looking for a blast from the past, and new fans who are just discovering him.

Check out the video below to see why Bob Ross was so loved.