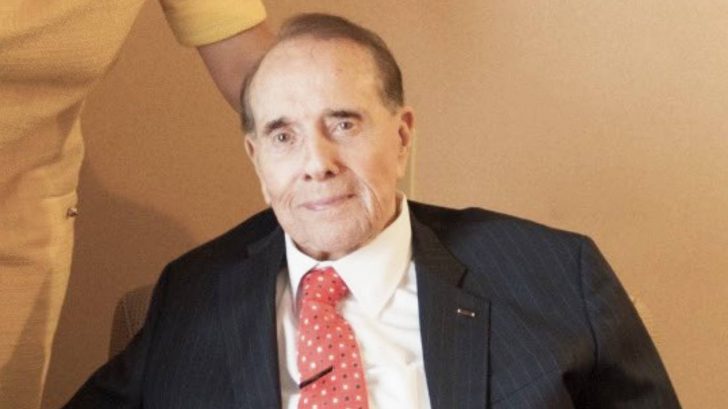 Longtime Kansas Senator Bob Dole has been diagnosed with lung cancer at the age of 97.

The politician released a statement on his social media accounts, which read:

“Recently, I was diagnosed with stage four lung cancer. My first treatment will begin on Monday. While I certainly have some hurdles ahead, I also know that I join millions of Americans who face significant health challenges of their own.”

Dole was a senator for 30 years, from 1969-1996, and was the Senate majority and minority leader during his tenure. He was also Gerald Ford’s running mate in the 1976 election. In addition, he was the Republican party’s presidential nominee in the 1996 election against Bill Clinton.

Who was the first Presidential candidate you ever voted for in what race?

Mine was President Bill Clinton in 96 against Bob Dole… pic.twitter.com/DAOY6B6UmW

Though he lost to Clinton, the president still awarded him with the Presidential Medal of Freedom in 1997 and in 2018, Congress awarded him the Congressional Gold Medal. They are both are the highest civilian awards that exist in the United States.

After his political career ended in 1996, Dole became somewhat of a political celebrity when he became a spokesperson for several different brands including Dunkin’ Donuts, Pepsi, and Viagra.

We will keep Bob in our prayers as he begins treatment.