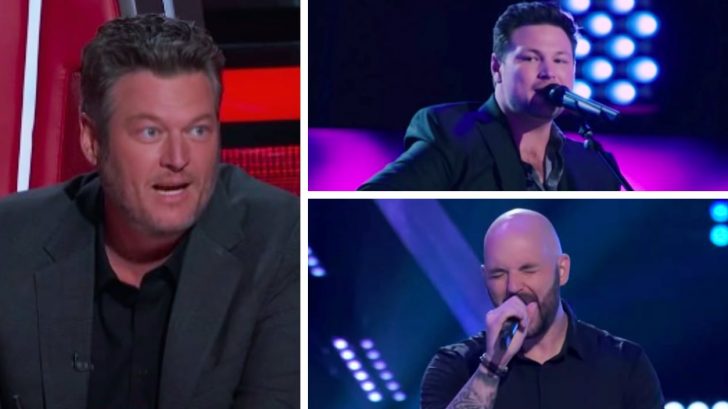 Blake Shelton knew from the get-go that Ian Flanigan would be a standout competitor on The Voice. He was the only coach who turned for him during the blind auditions when he sang “Colder Weather” by Zac Brown Band.

Flanigan’s raspy baritone voice immediately stood out to Shelton. He was shocked that none of the other coaches turned their chairs for the singer.

Even though they didn’t turn their chairs, the other coaches were equally amazed by Flanigan’s voice. So they were surely looking forward to hearing him perform again during the battles.

Flanigan competed against his fellow Team Blake contestant Aaron Scott. The two of them were given Creedence Clearwater Revival’s “Have You Ever Seen the Rain?” to sing.

They listened to the notes given to them by Shelton and his team advisor, Kane Brown, and put their suggestions into practice when they delivered their battle performance.

After they sang, Shelton commented how much “respect” he had for the two artists for following their rehearsal notes so well. But before he uttered that compliment, the other coaches offered up their thoughts on who he should choose as the winner of the battle.

Their votes were unanimous, as all three of them felt Flanigan was the winner. They complimented his unique sound, saying it’s what made his performance stand out against Scott’s.

Kelly Clarkson agreed, saying that Flanigan was now one of her favorite vocalists on this season of the show. She admitted she was mesmerized by his performance. “I was like, glued to you,” she said.

In the end, Shelton agreed with the other coaches and chose Flanigan as the winner of the battle. Afterward, he reflected on how he had been the only coach to turn for him in the blind auditions, and called him a “dark horse” contestant.

Tune in to the video below to see Flanigan’s Voice battle. Hats off to both him and Scott for delivering outstanding performances!