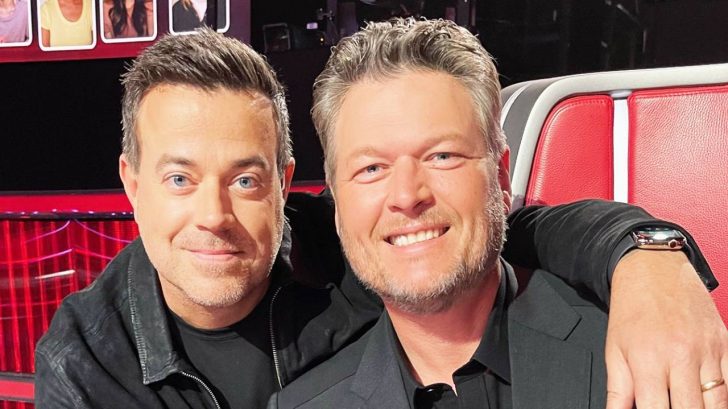 The Voice premiered in the United States on April 26, 2011. Ten years later, the show is still going strong, but they have yet to produce that same success when artists exit the show.

Once an artist wins The Voice, they are awarded a recording contract with Universal Records. But even though they get a contract, that doesn’t mean longevity in the music industry. According to Yahoo! Entertainment, 11 Voice winners have never released an album or an EP while signed to Universal Records.

Coaches Blake Shelton and Adam Levine have both spoken out against the record label, with the former challenging them to do right by his Season 11 winner Sundance Head.

“I want to personally issue a challenge to Universal Records. … This is the guy that I think can break the mold and become a star out of this show. And I give my word that I’ll put my work in, and I know he will. This guy deserves to be a star, and there’s no excuses anymore. We need to make the record and put the work in that he deserves, to have this success that he deserves. And that has to start with Universal Records getting involved and behind him,” Shelton said.

Former coach Adam Levine told Parade Magazine in 2017, “Once we pass the torch, it is the record label that completely destroys that. My last two winners never even had an album released.”

Shelton is hoping that after this momentous 20th season, and 10th anniversary of the show, things will change.

During the first live shows of the season, Blake Shelton praised one of his singers, Cam Anthony, after his powerful take on Hozier’s “Take Me To Church.”

The 7-time winning coach told him, “I’ve never had more people asking me about an artist on my team in 20 seasons of doing this show, man. You could be the first superstar that we launch off the show.”

While that is a huge compliment for Anthony, fans online took it as a slight to all the contestants from the previous 19 seasons. However, he isn’t wrong. Unlike its competitor American Idol, who has churned out superstars like Kelly Clarkson, Carrie Underwood, Jennifer Hudson, and even newcomer Gabby Barrett, no singer from The Voice has yet to see any success on that level.

Jordan Smith is the most successful Voice winner with three albums released since 2016. His first album charted at number two and his second peaked at number 11, while his third did not chart at all.

Morgan Wallen, who never made it to the live shows in Season 6, is probably the most successful singer from the show currently.

Check out the performance from Cam Anthony that prompted Shelton’s “superstar” comments, below.