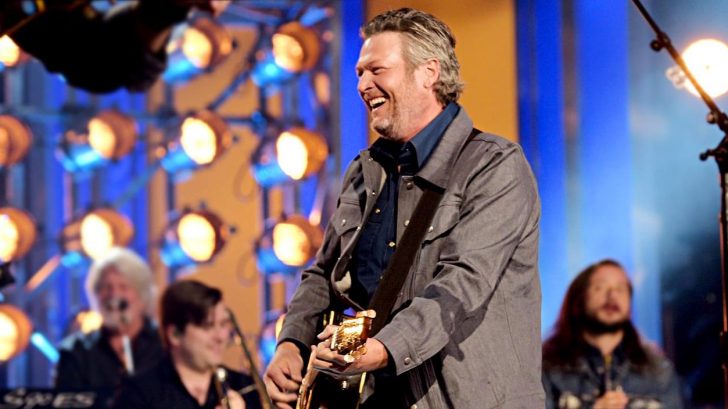 More than 25,000 attendees at the 2018 Watershed Festival held in Gorge Amphitheater, WA featured something for everyone who loves country music.

Now THAT’S how you throw a party! Thank you Blake (& Gwen) for making night 1 of #Watershed2018 unforgettable!

Perhaps one of the biggest hits of the event was an unscheduled appearance by a special guest.

She’s not exactly country music, but she’s very close to one of the biggest stars, so that counts for something.

Though Blake was definitely a favorite that evening, the crowd’s reaction to the No Doubt singer’s emergence on stage was met with deafening applause and screams of approval. Stefani stole the show.

Stefani did not disappoint. She shared video of her performance on her Instagram page sharing the highlight of the evening for many.

So about last night… ? @gwenstefani @blakeshelton

Sealed With A Kiss

Shelton seemed just as happy to see Gwen as the crowd. He congratulated her with a playful kiss before she wowed the audience with “Hollaback Girl.”

“THAT just happened!” Shelton followed up. “This is a country music concert and you’re supposed to be sitting down in white chairs…”

Obviously, there was more than country going on at this concert and there were no white chairs in sight!

Watch Stefani command the crowd and give these country concert goers a whole lot more than they bargained for!

Shelton has previously said that bringing Stefani on stage with him is “the worst thing I could have done” because it made him look terrible!

“Literally 40,000 were jumping up and down. I mean, that’s probably what it’s like at real concerts, but I was like ‘Whoa. What’s going on?’ People were so excited to see her,” he said.

Watch him tell that story below.