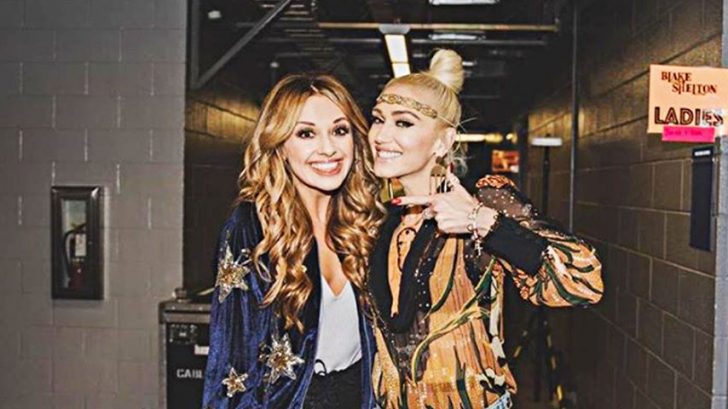 Carly Pearce notices every little thing when it comes to hanging out with famous friends.

Carly was lucky enough and beyond overjoyed to join Blake Shelton on his 2018 Country Music Freaks Tour. During that time she not only got to spend time with Blake, but she also spent some unexpected and much appreciated time with one of her biggest idols, former Voice coach and girlfriend of Blake, Gwen Stefani.

Carly was hoping that at some point she would cross paths with Stefani. When the moment arrived, she was excited and a little nervous at the same time, Carly was “too scared” to ask the famed No Doubt star for tips on fashion, but confirms (in case there’s any doubt) that Stefani is just as glamorous as one would expect.

“She is as awesome and rocker, bad girl as you would think, but also one of the most down-to-earth people in the whole world. She and Blake were so kind to me. They definitely gave me a lot of advice as a young, new artist and told me about their journeys,” Pearce confessed during an interview during the No. 1 party for her first chart-topping hit “Every Little Thing.”

“Gwen was ‘just as cool as you would think,” gushed the young country star. “…I will say Gwen Stefani looks just like when she’s rolling out of her bus at 10AM on the Blake Shelton tour, as she does on stage.”

“I don’t know how to explain how much fun the tour was,” Carly continued.

With Trace Adkins, Brett Eldredge, and getting to meeting her idol, Gwen Stefani, could it things been any better for Carly Pearce?

Who would you LOVE to meet?  Who’s YOUR music idol?  We want to know…

While you’re thinking about your answer, take a listen to Carly below and see why “Every Little Thing” became her first number one hit!