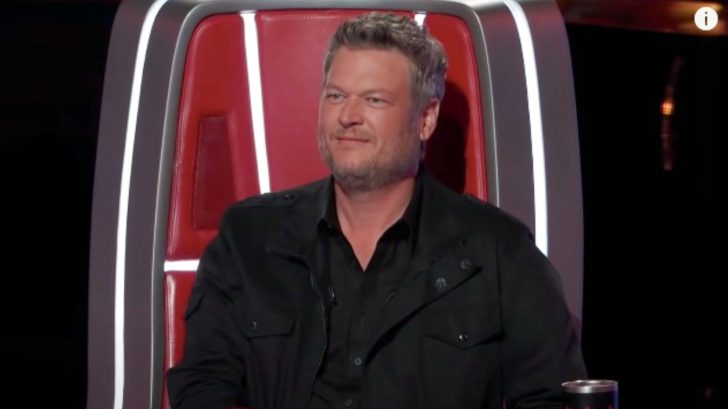 After being with The Voice from day one, Blake Shelton has announced he’s leaving the show. He will continue to coach the current season (Season 22) and will also return for Season 23 next year. But Season 23 will be his last.

“This show has changed my life in every way for the better and it will always feel like home to me,” Shelton wrote in a statement on social media. “It’s been a h— of a ride over these 12 years of chair turns and I want to thank everyone from The Voice from NBC, every producer, the writers, musicians, crew and catering people, you are the best.“

Shelton also shared his appreciation for the many contestants he’s coached on the show:

“I have to give a huge shoutout to the singers – the ‘Voices,’ who come on this stage season after season and amaze us with their talent and a special thanks to those whose chose me to be their coach.”

Several members of Team Blake reacted to their coach’s announcement with loving and supportive comments.

“It was honor to have been on #TeamBlake,” wrote Casi Joy, also of Season 12.

“Such an honor to have worked with you!!!!! The show will not be the same without the best coach. Thanks for all you’ve done for us— looking forward to what’s next for you!! #TeamBlake forever,” said Season 17’s Kat Hammock.

“Thanks for choosing me! Your chair turn changed a lot for me too:) All the best from Canada,” commented Season 10’s Brittany Kennell.

“such an honor to work with you , you’re the GOAT !” wrote Season 18’s Joanna Serenko.

“Honored to call you my coach and to have had the chance to work with you,” said Season 22’s Eva Ullmann.

“Such an honor to have met you and thanks for the advice during my time on Season 17. Have a blast at whatever you choose [to] do to next my friend! @nbcthevoice will miss you Im sure!” commented Shane Q.

“Thanks for hoppin aboard the #TSoulTrain !!!.. Such an honor to be a member of the legendary #TeamBlake !!!!” said Season 12’s TSoul.

“You changed my life forever brother. The show won’t be the same without you but know it’s much needed time off! Love ya and thank you for not only turning your chair and helping me get through the show to the end but for also taking me on tour. It was an honor. Forever grateful-” Season 11 winner Sundance Head commented on Facebook.

The Voice is special to Shelton for another reason. It’s how he met his wife, Gwen Stefani.

Stefani reacted to her husband’s announcement, commenting on his post:

“i am so proud of you and so blessed to have found u. your talent brings joy to the hearts of so many people and i am so lucky to be part of ur life’s journey.”

For now, we’ll get to see Shelton and Stefani coach Season 22’s contestants along with John Legend and Camila Cabello. Shelton will coach his final season in 2023 alongside returning coach Kelly Clarkson and newcomers Niall Horan and Chance the Rapper.

Head below to watch some of Team Blake’s best auditions. We’ll sure miss seeing Shelton on the show!