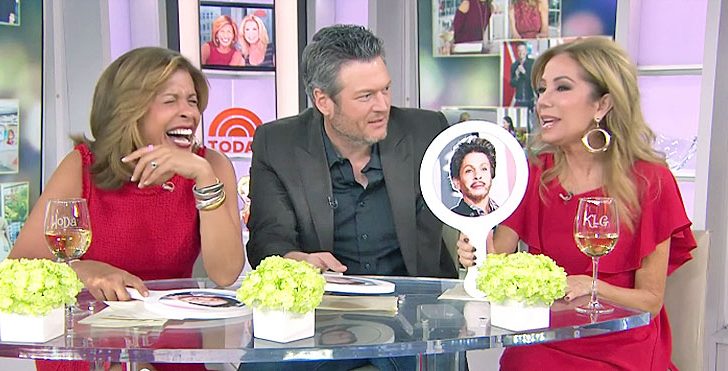 While on a press tour in New York, Blake Shelton stopped by The Tonight Show starring Jimmy Fallon where he revealed that a few years back, he and Kelly Clarkson made Adam Levine cry for a hysterical reason.

He continued bringing the funny while appearing on the Today Show with Hoda Kotb and Kathie Lee Gifford.

The facts included how Shelton got his start performing in beauty pageants, if he’s shared a kiss with The Voice host Carson Daly, if he’s had sushi again since his hilarious bit with Jimmy Fallon, and his stance on flip-flops.

While he pretty much gave yes or no answers to the first few, there was one fact that got his feathers ruffled – men wearing flip-flops.

Kotb and Gifford burst into laughter after finding out about Shelton’s harsh distaste for the comfortable footwear.

Watch the funny bit go down in the video below.

He recently doubled down when he spoke about his distaste for men in flip flops on The Voice. watch that below.

If you take away anything from my life lessons, take this… Dudes, flip flops are a FLOP. @nbcthevoice pic.twitter.com/nyaKShWSym