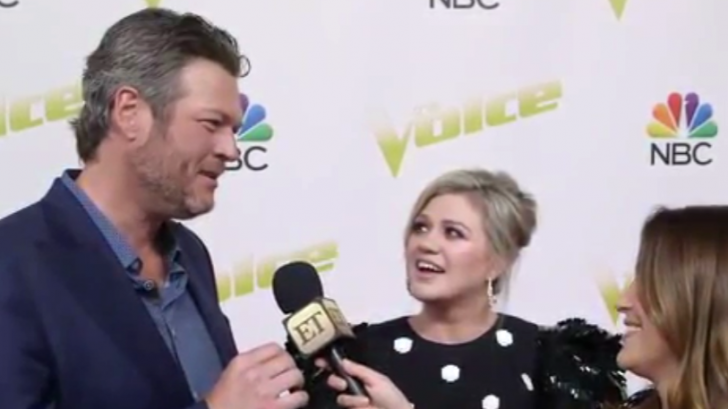 Seems like just about everyone these days is ready for Blake Shelton and Gwen Stefani to tie the knot, even fellow country artist Luke Bryan!

On the red carpet leading up to the ACM Awards, Bryan said he wanted to officiate Shelton and Stefani’s should the day come that they get married. While Stefani and Shelton aren’t set to wed anytime soon, would the lovebirds allow the Idol judge to officiate?

While walking The Voice red carpet with Kelly Clarkson, Shelton responded to Bryan’s offer in a hilarious interview with Entertainment Tonight‘s Sophie Shillaci.

“Luke’s not even a legitimate country artist, much less like somebody that can marry people, you know what I’m saying,” joked Shelton.

Clarkson burst with laughter to Shelton’s hysterical burn at Bryan’s expense. The comment came after The Voice judges argued over whether or not a wedding officiated by Shelton or Bryan would even be considered ”real.”

“If you want [the wedding] to be real, maybe you should get, like, a real [officiant,]” Clarkson said. “Because we thought about Blake doing my husband and I [but] I [wanted] it to be real.”

Absolutely hilarious! You can watch the hilarious interview below.