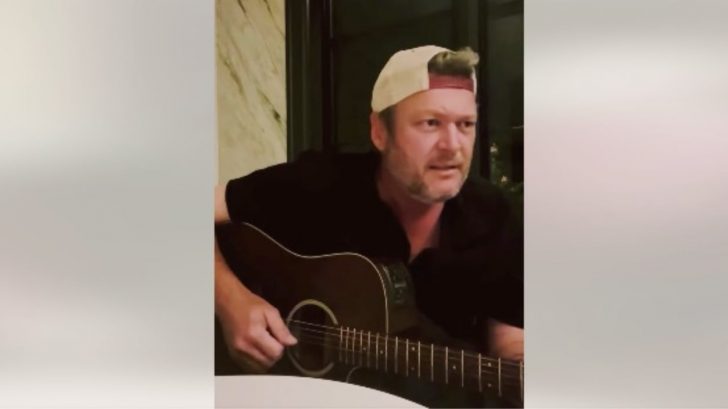 Blake Shelton has charted over 40 singles throughout the course of his career. Of those singles, 28 became #1 hits.

Despite his many successes, there’s one song that Shelton always wanted to release as a single, but never did. That song is titled “I Don’t Care.”

“I Don’t Care” isn’t completely unknown to fans. It was first included as a track on Shelton’s fourth studio album Pure BS in 2007.

Shelton released the song a second time on his 2008 album Startin’ Fires. Even then, Shelton said he wanted to share the song again because he was upset it never got released as a single.

Although Shelton wanted to give “I Don’t Care” the attention he felt it deserved, it was not released as a single. This is something he still regrets today, over 15 years after it was first included on Pure BS.

Shelton recently shared a video on social media that shows him delivering an acoustic performance of “I Don’t Care.” He said he felt inspired to share the song again:

“Back in the day I wanted this song to be a single so bad I put it on 2 different albums,” he captioned the clip. “We never got to it and I still regret it. Thought I’d dig it out for y’all…“

Fans loved hearing Shelton sing the longtime favorite song of his. You can watch his performance below.