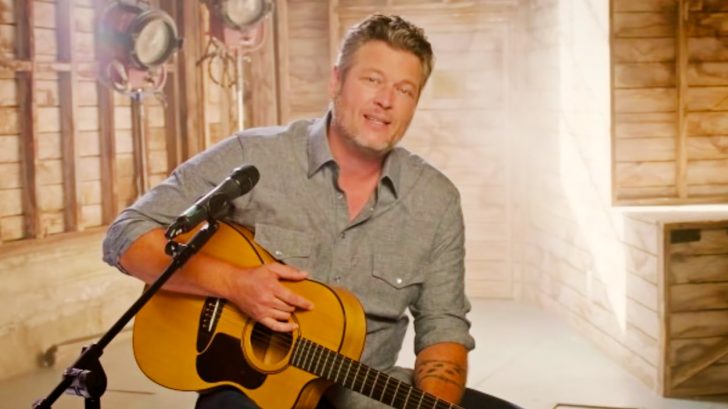 On August 16, 2019 “Hillbilly Bone” singers and good friends Blake Shelton and Trace Adkins released a brand-new collaboration titled “Hell Right.” The track was co-written by one of the songwriters behind Shelton’s CMA-winning and Grammy-nominated song, “God’s Country.”

The song has Adkins asking Shelton to tell him a story. Shelton then goes into a tale about two fellas who finish up their shifts at work and decide to have a drink to celebrate.

In a nutshell, “Hell Right” is a certified party song, one that you’ll find yourself singing along to in an instant.

The official music video for “Hell Right” was released on September 6, 2019. Both Shelton and Adkins appear in the clip, making it the first music video they’ve been in together since 2009’s “Hillbilly Bone.”

The video shows the two old friends enjoying a fun night as they hang out at a tailgate party/bonfire. And there are plenty of red solo cups to be seen!

After the success of the song and the music video, Shelton decided to treat his fans to a brand-new version of “Hell Right.”

Much to everyone’s surprise, Shelton shared his plans to debut an acoustic version of the song on November 22, 2019. To top it all off, he said he’d also be releasing another video to accompany the new rendition of the song.

The clip is pretty simple with a simple setting: Shelton sits in an abandoned, old barn and plays his acoustic guitar while he sings.

Much to many fans’ dismay, Adkins does not appear in the new video. However, you can still hear his vocals in the track, so that’s a win!

Tune in to the video below to enjoy the acoustic version of “Hell Right.”

Which rendition of the song do you like best, the original or the acoustic? We can’t decide!