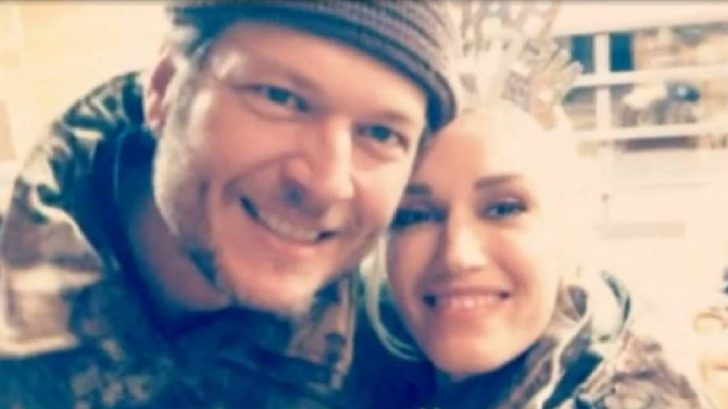 To promote his upcoming album, and also The Voice‘s Season 20 finale next week, Blake Shelton stopped by The Tonight Show Starring Jimmy Fallon. After Fallon introduced the country singer, the talk show host asked about his upcoming wedding, then hilariously rambled about being invited.

While we don’t know exactly when his wedding to Gwen Stefani will be, he told Hoda Kotb during a TODAY Show appearance that he would prefer to get married in the summer rather than the fall. Whenever the wedding is, there will be a song that Shelton and Stefani share their first dance to, and Fallon was dying to know what it was.

“What’s your first song? Can you tell me?” Fallon asked Shelton via Zoom, to which the country singer said, “I believe that is called “The Wedding March’.”

“Not that song!” Fallon laughed. “At the reception, you come out of a fog machine, ‘Here is Mr. & Mrs. Blake Shelton!’ We hear you come out — ‘And now, it’s time for the couple’s first dance’ — then what do we hear?”

Shelton did not skip a beat when he revealed the unexpected song.

“It’s ‘If You Leave’ from the Pretty In Pink soundtrack. I swear I have it right here,” he said, pulling up the song on his phone. “We’ve talked about this, we both love the song. We’re both fans of the ’80s, why not, why not?”

Fallon couldn’t tell if Shelton was serious or not, but said that he loved the song! The two singing superstars have collaborated on four songs together and a couple of them could have been good choices for their first dance!

I guess we will have to wait and see if Shelton was serious about “If You Leave!” Check out is interview with Fallon below.