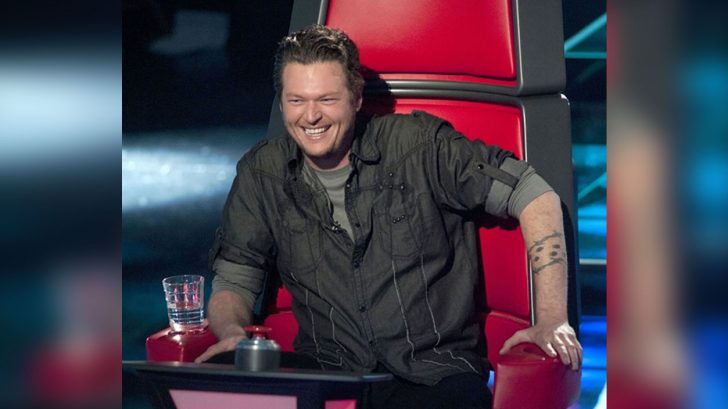 The Voice began on NBC back on April 26, 2011, when Christina Aguilera, CeeLo Green, Adam Levine, and Blake Shelton were judges over the first set of blind auditions. The show since then has been on the air for 10 years, 20 seasons, and has seen judges like Miley Cyrus, Kelly Clarkson, and Gwen Stefani join the panel with Shelton being the only original judge remaining.

Recently the show aired its episode, the “Road to Lives — 10th Anniversary Edition” where the coaches look back on their journey throughout their time on the show.

44-year-old Blake Shelton reflected on his time with the show over the last 20 seasons and told the audience the greatest thing about being a coach on The Voice was that it led him to now-fiancée Gwen Stefani.

“People ask me all the time, ‘What’s the greatest thing that has happened for you since you’ve been on The Voice?'” he recalled, quickly adding “That’s a no-brainer, right? I met my fiancée here.”

He continued saying, “I love it when she’s here. She brings a very complicated element of competition, for me in particular. But I love that. I love the challenge. Just knowing that she’s there, and she has my back, is pretty cool.”

Watch Shelton reflect on his and Stefani’s time together onThe Voice below.