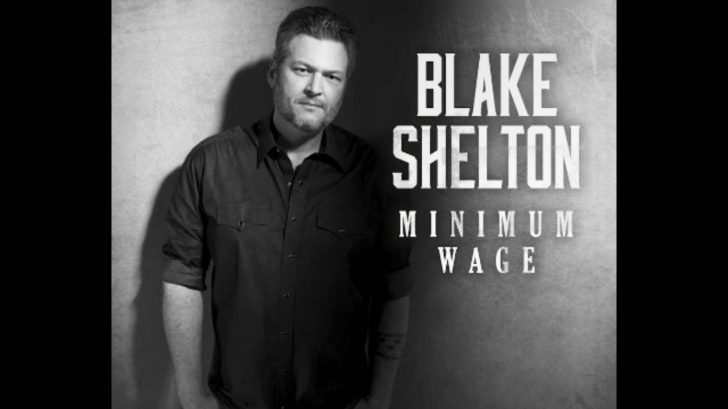 Despite receiving backlash online after debuting his song “Minimum Wage” on NBC’s New Year’s Eve special, Blake Shelton has released the song to the masses.

Shelton premiered the song on the special and people started chiming in on social media and calling the song “tone deaf” due to the high rate of unemployment in the country right now. His now-controversial lyrics include, “Girl, your love is money, your love is money / Yeah, your love can make a man feel rich on minimum wage.”

People were commenting on the amount of his net worth, which Google states is $100 million, and how a millionaire singing about minimum wage is “tone deaf.”

Check out some of the reactions below.

Does anyone else find Blake Shelton’s “Minimum Wage” song to be incredibly tone deaf to our country’s current state?

Though some fans did come to his defense, saying, “Country music is typically written from the point of view of the common man. So give @blakeshelton a break. Singing about minimum wage is no different than singing about dirt roads and cheap beer in solo cups. And stop looking for shit to bitch about.”

Country music is typically written from the point of view of the common man. So give @blakeshelton a break. Singing about minimum wage is no different than singing about dirt roads and cheap beer in solo cups. And stop looking for shit to bitch about.

Since the song premiered on New Year’s Eve, Shelton hasn’t said a word about the so-called controversy…until now. He spoke with CMT recently and said he really doesn’t understand the problem with the song.

He said, “It’s literally a love song about how if times are tight and you ain’t got much money—as long as you have love and you’re happy—at the end of the day, that’s all any of us can really hope for. You got it if you got that. That’s all that matters.”

He goes on to tell CMT that he thinks the people who have a problem with “Minimum Wage” haven’t really listened to the entire song and are focusing on one lyric from the song out of context.

“I just feel like these days, there are people out there who don’t want to know the truth. They just want to hear what they want to hear, and they want to pick a fight,” he said. “No matter what your intention is, no matter what the truth is, they want it to be something that they can be upset about so that they can get on social media and try to grab a headline,” he continues. “With ‘Minimum Wage,’ at first I thought, ‘Wow, I guess I just I’ve missed something here.’ And the more I read into this, I realized this was really not real.”

Despite the backlash, Shelton is not going to apologize for his new song, which he just released a lyric video to. On Facebook, he wrote, “Minimum Wage is here!!!! It’s a classic-country love song that says you don’t need a lot of money or possessions to have love. I wanted to record it the minute I heard it and it’s catchy as all get-out too!”

“If that’s offensive to you, then we’ll just have to agree to disagree,”  he said.

Take a listen to the song below.