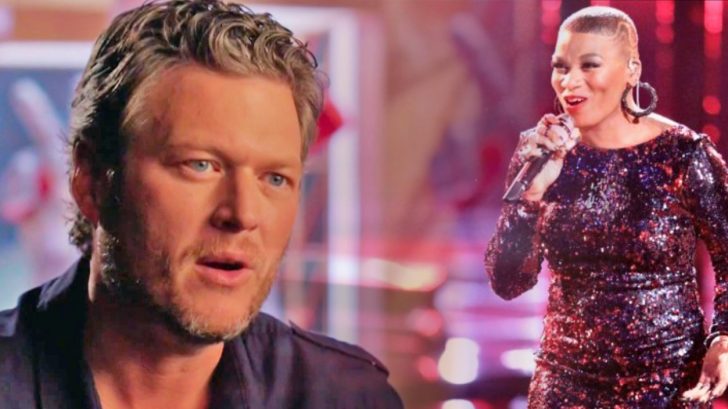 The 33-year-old singer left behind a young daughter, husband, and a very promising career in music. The heartbreaking passing of this young and talented musician has shaken every coach who got to spend time with her while she was on the show.

Janice Freeman made her debut on NBC’s hit singing competition, The Voice, during 2017’s 13th season and earned a spot on Team Miley with her blind audition performance of Imagine Dragons’ “Radioactive.”

Freeman tragically passed away on Saturday, March 2nd, 2019 at a local hospital near her home in West Covina, California.

First reported by TMZ and confirmed with her family, Freeman passed away after suffering a blood clot at her home and was rushed to the hospital where she passed away around 5:30 pm local time.

She had battled a series of health complications in the last few years including lupus, cervical cancer (which she beat successfully) and even meningitis.

Her 12-year-old daughter, Hannah, lost her biological father to cancer when she was just four years old. Just five years later, in 2012, Freeman was diagnosed with cervical cancer herself. She fought it and won, and through all those trials – she became a fighter and a powerful role model for her daughter.

With heavy hearts and sadness we share the news of Janice’s passing . Details about services and in what ways the family can be supported to follow ? #iaskedthefather #janicefreeman

Freeman’s family opened up on her social media accounts about the passing of their loved one, saying that she passed away after suffering a bout of pneumonia and a blood clot that traveled to her heart. Her loving husband tried to save her and performed CPR until medics arrived, but unfortunately, doctors weren’t able to save her.

Miley Cyrus and Freeman were particularly close and remained very good friends in the months and years that followed her time on the show. Mourning the passing of her dear friends, she posted several updates to her Instagram account sharing memories and photos that meant the world to her.

I miss you so much it hurts. Everywhere ….. but so did you. So often. So much pain and no one would ever notice because of the smile and joy you constantly radiated . I am trying my best today to celebrate your existence but I can’t help but just deeply mourn over your absence . All those texts I would receive , just of you telling me that your praying for ME. How you were so selfless I’ll never understand . The way you found the good in everything . You are now a rainbow . Something beautiful that comes after something so gloomy. You were the only artist EVER, that I tried so hard to “ sign” , was going to create a label just so YOU could be on it. No one has heard them and I hope to share at an appropriate time, but the records you were creating with @brandicarlile (where it all began , the story ) and my dear writer friend @ilsey were so magically beautiful JUST LIKE YOU. Today we lost a legend . Do you hear me . Everyone got it so wrong on our season together of The Voice because no matter what has been recorded or remembered YOU won my angel . You are not only the best singer that show has ever had the honor of having on that stage but the best fucking singer in the world. What makes me sick is we always wait till the best are gone to recognize them and truly tell them what their art meant to us. The hope their voice gave us …. the emotions they pulled from us. Janice you’re my star! I will never give up on you. Ever . I am no longer your coach , I never was ….. YOU constantly taught me. You’ve been my coach on how to love , on how to persevere , on how to fight for what I want and never let even my own body get in the way. Anything is possible if it’s being done with faith. You are my world . I will never forget you or stop loving you. I am forever yours , Miley

Coaches Jennifer Hudson and Blake Shelton also mourned the passing of this bright soul on social media and acknowledged the great loss many at The Voice are feeling in the wake of the news.

@janicefreeman the voice of hers we got to hear and the bit of life we got to watch her live was a blessing and inspiration to us all! My heart and prayers go out to @janicefreeman daughter and family ! @mileycyrus @nbcthevoice #ripjanicefreeman

Very sorry to hear about Janice Freeman passing away… She was so sweet to be around. She will be missed.

Our thoughts and prayers are with Freeman’s young daughter, husband, and her beloved family during this very difficult time.

Watch her sing this stunning rendition of Brandi Carlile’s “The Story” below and share your favorite memory of her time on The Voice in the comments.