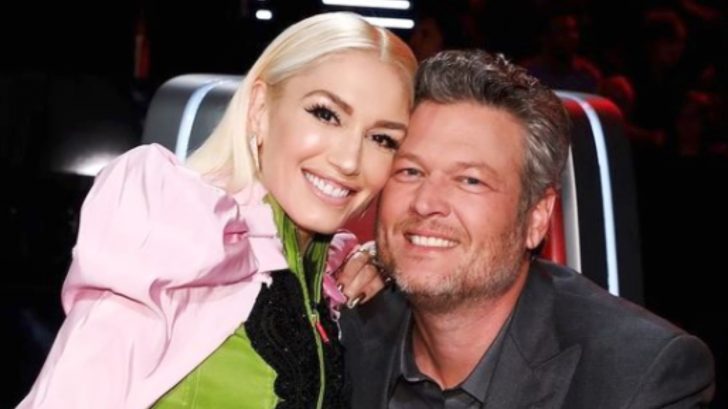 Blake Shelton is the first to admit that he and his fiancée, Gwen Stefani, make an odd pair.

Shelton and Stefani shocked fans when they went public with their relationship about five years ago. Last October, the pair stunned people again by announcing an engagement. In a virtual interview on The Late Show with Stephen Colbert, Shelton addressed fan reactions.

“Nobody is more shocked about this than I am…I know people are…it makes no sense,” Shelton admitted in the interview.

Shelton and Stefani recently starred in a T-Mobile Super Bowl commercial, which poked fun at how the two stars started dating. In the advertisement, Adam Levine sets up Shelton with the “Let Me Reintroduce Myself” singer. Still, in real life, Shelton did not tell Levine about his relationship right away.

“Adam would have been upset if he would have known early on, because he comes from the generation where Gwen Stefani was everybody’s dream girl. I was walking on sacred ground,” the country star joked. “So by the time he found out, he’s like, ‘Man, what the hell! Why didn’t you tell me!’ I didn’t tell you because I didn’t want you to mess this up for me.”

While some people may find Shelton and Stefani an odd match, the “Minimum Wage” singer admits that he would “marry Gwen in the morning.” Still, the couple has decided to push off the wedding until it is safe for their families to attend.