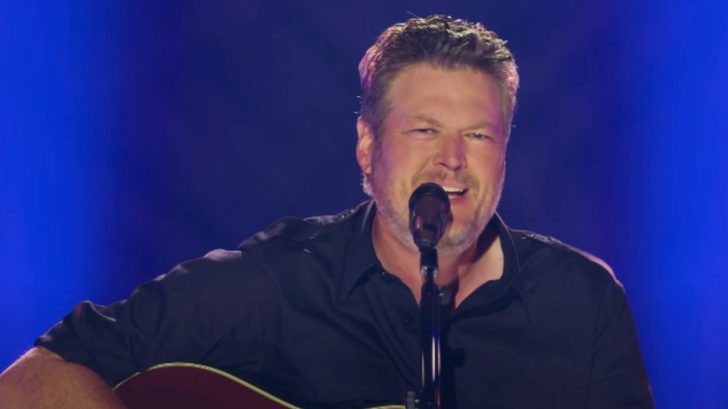 Blake Shelton is getting a star on the Hollywood Walk of Fame!

UDiscover Music reports that the country singer and Voice coach will be inducted in the Recording category. Shelton is the only country artist in the newly announced list of inductees.

Congrats to @BlakeShelton on being the only country music honoree this time around! #HollywoodWalkOfFame https://t.co/8VH0wAbV2B

Another Voice coach will soon have a star on the Walk of Fame as well. Former coach Nick Jonas will be inducted in the Recording category with his brothers Kevin and Joe as the Jonas Brothers.

Other future inductees in the Recording category include Lenny Kravitz, Marc Anthony, Sheila E, Charlie Wilson, executive Irving Azoff, and the late Jenni Rivera. A cappella group and The Sing-Off winners Pentatonix will be inducted in the Live Theater/Performance category.

The late Fast & Furious star Paul Walker will be inducted in the Motion Pictures category. Other inductees in the same category include Uma Thurman and Vince Vaughn.

You can see the full list of future inductees on Deadline.

Paul Walker will receive a posthumous star on the Hollywood Walk of Fame. pic.twitter.com/PEuDN6MmOf

Shelton and the other honorees mentioned above will receive their stars on the Walk of Fame in 2023.

UDiscover Music explains how the inductees for the Walk of Fame are selected:

“Hollywood Walk of Fame inductees are chosen by a panel of the Hollywood Chamber of Commerce from hundreds of submissions approved by the nominees or their reps. The honoree must agree to attend an unveiling ceremony within two years – typically timed to coincide with promotion of a new project.”

Shelton was on hand to celebrate when his good friend and former Voice coach Adam Levine received a star on the Walk of Fame in 2017. Watch Shelton speak at Levine’s ceremony in the video below.

We wonder if Levine will show up when Shelton gets his own star on the Walk of Fame next year?