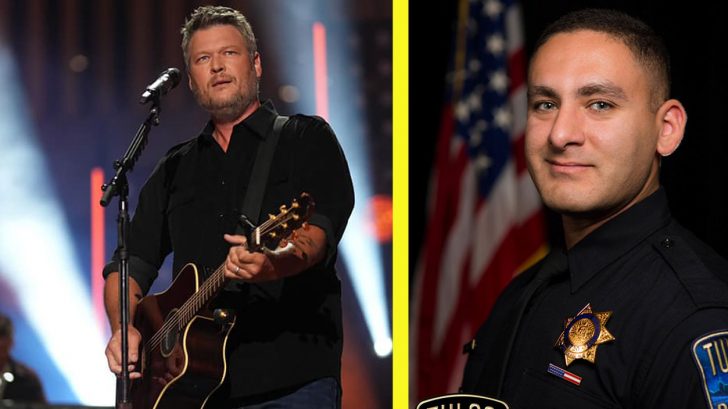 Oklahoma native Blake Shelton is currently on his 2021 Friends and Heroes tour and chose to honor someone special during his concert in Tulsa, Oklahoma on September 24, 2021.

A local police officer named Aurash Zarkeshan was shot during a traffic stop back in 2020, and Blake decided to acknowledge his bravery and service.

Zarkeshan was given front row tickets to the show, and a local bank gave $5,000 to a charity of his choice. Then, as Shelton sang “Nobody But You,” Zarkeshan got down on one knee and proposed to his girlfriend – who said yes!

Zarkeshan and Sergeant Craig Johnson were both shot in June 2020 after a routine traffic stop. Johnson died from his injuries, and Zarkeshan suffered serious injuries and endured several weeks of treatment.

After being released from the hospital Zarkeshan spent time in rehab, before returning to his house on October 15, 2020, and back to light-duty work in November 2020.

See the video of his proposal below!