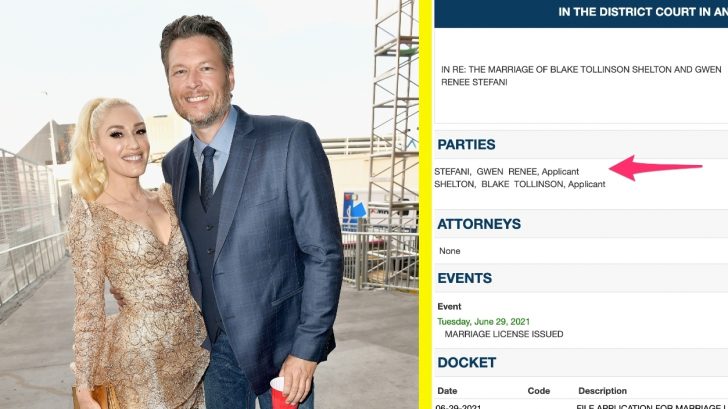 It is finally happening! Wedding bells are ringing for Blake Shelton and Gwen Stefani!

According to Oklahoma State Records, Shelton and Stefani officially filed for a marriage license. Under the state’s law, the couple will have ten days to wed before the permit expires.

Since the two stars filed in Oklahoma, it appears that Shelton and Stefani will wed in the country singer’s home state. Fans speculate that the two may tie the knot on Shelton’s property for a more private event; however, neither star has confirmed the venue for the affair.

In March 2020, Shelton opened up about his desire to have a summer wedding while serving as a guest co-host for TODAY. In a conversation with Hoda Kotb, the country star explained that he wanted to tie the knot before he began to film The Voice in the fall.

“I’m afraid if she and I wait until next November, then I’m right back into ‘The Voice’ cycle again, and I really want to be able to have plenty of time before and after, so hopefully this summer,” Shelton confessed at the time.

While the couple has only been engaged for eight months, Stefani and Shelton dated five years before the country singer finally popped the question in October 2020.

For more on Stefani and Shelton’s relationship, check out the following video.