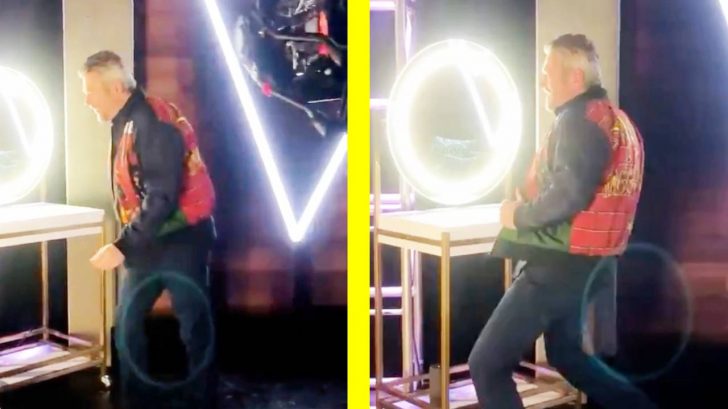 The Voice enlisted an unlikely Mega Mentor this season. So unlikely, that during the promo videos for his arrival, they had to say, “This is not a joke,” and “It’s not a prank.”

In another promo a couple weeks later, Blake Shelton was waiting for Snoop Dogg’s arrival while listening to the rapper’s mega-hit “Drop It Like It’s Hot.” The country singer was wearing a bold jacket, which Snoop Dogg also happened to be wearing, and also busted out a few hysterical dance moves.

On Monday (April 26), Shelton shared a behind-the-scenes clip of when he filmed the promo, which showed a lot more dancing than what was included previously.

He busted out over 30 seconds of dance moves including some line dancing, the “Single Ladies” dance, and some questionable hip thrusts!

“I think we got it!” he said at the end of the video. Watch it below.