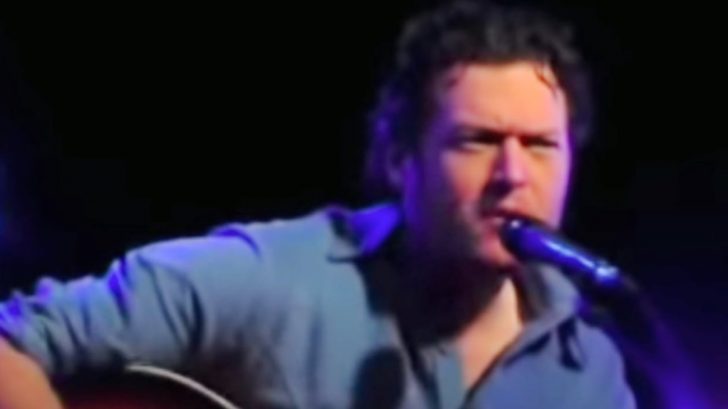 New Side To The Blake You’ve Always Known

It isn’t often that we get to see Blake Shelton this way.

In this unplugged performance of “She Talks to Angels,” Shelton completely blew us away with his delivery. He tackled each note with such a great sense of passion that it gives us chills all over.

But he definitely had some pretty big shoes to fill.

Here’s why Shelton had a lot to live up to when it came to performing “She Talks to Angels.”

The song was originally recorded by American rock band The Black Crowes, and was released as the fourth single from their debut album Shake Your Money Maker in 1990.

The single hit #1 on the U.S Rock charts, and has been covered by countless others. One of the most famous covers of the track was recorded by two members of the hard rock band Shinedown.

For those of y’all that don’t know, Shinedown is also world-renowned for their rendition of another rock band’s hit. That band would be Lynyrd Skynyrd, and the song would be “Simple Man.”

The success of their “Simple Man” cover is perhaps what inspired the Shinedown members to release their own rendition of “She Talks to Angels” in 2014.

However, no one sings “She Talks to Angels” quite like Shelton does.

Who would have thought that a country boy could dominate a performance of a beloved rock song? But Shelton did just that, and he did so with incredible ease.

This performance proves Shelton’s versatility as an artist, as well as his ability to connect to songs with deep emotions. Even though Shelton covered the song years ago, we still find ourselves in awe whenever we watch him sing it.

Now you can understand what we’re talking about by watching Shelton’s impressive performance of “She Talks to Angels” in the video below. He really blows this one out of the water, don’t you agree?