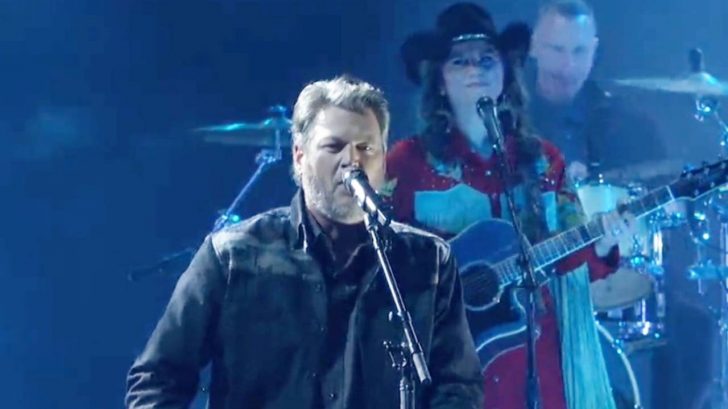 While readying the deluxe edition of his album Body Language, which will be released December 3, Blake Shelton knew he had to include a few more tracks than the May 21, 2021 album. In fact, he added four tracks! One of those tracks will be “Come Back As A Country Boy,” which was written by  HARDY, Josh Thompson and Jordan Schmidt.

Shelton released “Come Back As A Country Boy” as a single on October 1st.

In a statement about the single, Shelton said, “I think this song is an anthem for everyday hardworking country people out there. We have so much pride in who we are and what we do that, if we ever died and got the chance to live life over again, we probably wouldn’t do it if we couldn’t be country.”

“When I die, I wanna come back as a country boy
No, there ain’t no better life if you ask me
If my neck don’t come out red, then Lord, just keep me dead
‘Cause a country boy’s all that I know how to be.”

He brought his latest single to the 55th Annual CMA Awards on Wednesday (Nov. 10). Backed by his band, including recent CMA Musician of the Year Jenee Fleenor, Shelton started off the performance acoustic but turned it up a notch and brought everyone to the country!