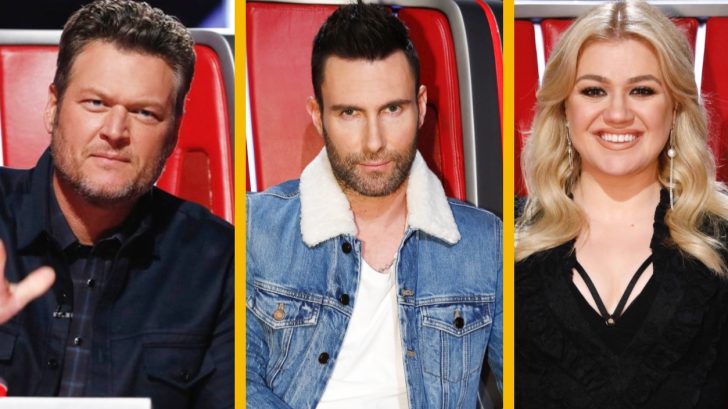 It’s no secret that Blake Shelton will do or say whatever it takes to win over a contestant on NBC’s The Voice.

On Monday, Shelton found himself pitted against fellow coach Kelly Clarkson after the two stars turned around for 21-year-old contestant Keegan Ferrell. The young hopeful showed off his smooth tone during an impressive rendition of Maroon 5’s “She Will Be Loved,” and of course, Shelton could not help but flaunt his friendship with the band’s frontman and former Voice coach, Adam Levine.

“First of all, I happen to be buddies with the guy who wrote and sang that song, and I want you to look, for just a second, at this coaching panel,” Shelton explained, referring to fellow coaches, Clarkson, John Legend, and Nick Jonas. “Take note at who’s missing, and who’s in that chair. Now I’m not saying that Kelly Clarkson got Adam fired, but … he’s gone, and she’s sitting there, OK?”

Shelton created the narrative that Clarkson had Levine fired from the show, and despite Clarkson’s protests to the claims, the other coaches on the panel hilariously backed up Shelton.

“She has a talk show on the network,” Legend joked.

Eventually, Clarkson had to go along with the narrative and cast herself as “powerful” while she labeled Shelton “weak.” Despite Clarkson’s efforts, Ferrell ultimately decided to join Team Blake.

Watch the full audition below.