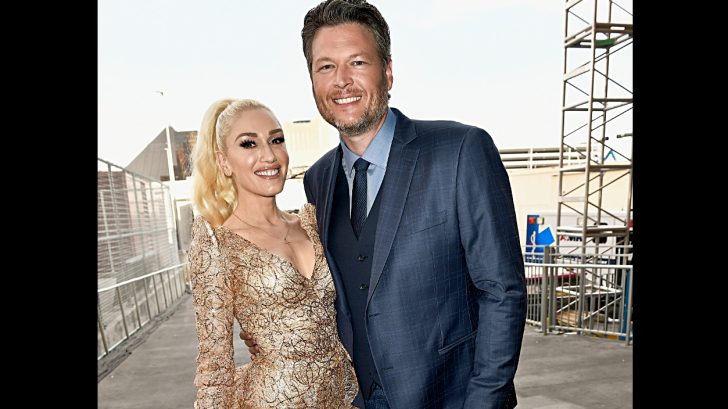 There’s no doubt in his mind this is a forever thing – and he’s not afraid to tell the world.

Just days after Gwen Stefani was also cornered into answering this question by Ellen DeGeneres, her longtime partner was also asked about their plans for marriage – and his answer is much different than hers!

Some funny banter between Gwen and Ellen kicked off with Ellen prodding her, “So, Blake told me y’all are engaged now.”

The look on Gwen’s face said everything – and her response was even more potent! But what did Blake Shelton have to say?

Well, during a recent interview on the Today Show, reporter Natalie Morales didn’t cut any corners when she asked him about their rumored engagement and forthcoming marriage.

Ever since Stefani and Shelton became an item following each of their highly-publicized divorces, folks have mulled and wondered about their presumed engagement. Dating for three years now, these two music superstars have appeared to inch closer toward marriage – especially after the lakehouse Shelton built for him and Stefani to share.

‪Having a hell of a date night!! Thank y’all so much for voting!!!! @peopleschoice

Morales asked him, “Are we gonna make it forever – this holiday season?” referencing his relationship.

“Gwen and I aren’t just dating,” he admitted with a smile.

”You know, this is something that I feel like is meant to be. I’ve learned more from Gwen Stefani, as a human being and how to grow as a human being, than I have from anybody ever in my life — anybody.”

While that’s an answer to the question, it doesn’t confirm nor deny their status as engaged or otherwise.

What do you think about his answer? Watch the full interview below and let us know in the comments.