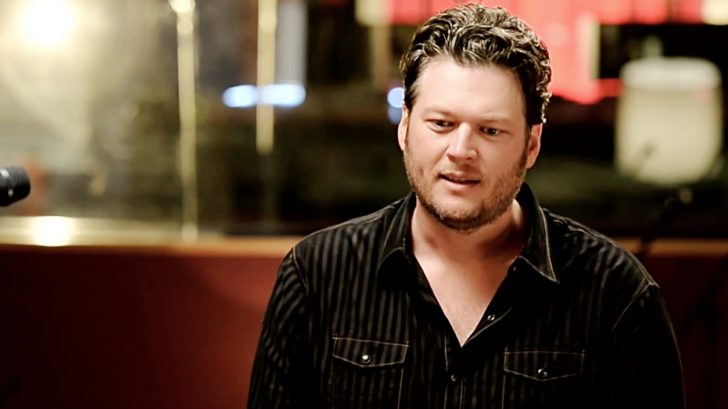 Blake Shelton has been storming the country charts since the release of his very first single, “Austin” in 2001. Since that time, he’s had more than 30 No. 1 hits, found a home on NBC’s hit singing competition, The Voice, and even started a chain of Southern restaurants, Ole Red.

Opening up in a brand-new interview with People Magazine, Shelton reveals who in his life has been a hero for him – throughout all the ups and downs.

And, who he would do anything for…

“I find that as time goes by, my definition of a hero changes. My heroes have started to become my good friends,” he explained to the publication.

While we all often start out idolizing someone famous who we look up to for their great accomplishments and valiant deeds, as time goes on – the glistening aura fades and we sometimes realize that it is those closest to us that embody what a “real” hero is.

Since signing on as one of the original four coaches on The Voice, Shelton has developed a deep bond and “bromance” of sorts with fellow original coach, Adam Levine. During one of his most trying times – a heartbreaking divorce, Shelton revealed that Levine was the one person he leaned on most.

“I consider him one of my best friends,” Blake told Country Countdown USA. “I actually went and stayed with the guy when I was going through my divorce, and he was a really good friend to me during all that.”

True to his word, Shelton also acknowledged their strong friendship while celebrating Levine’s induction into the Hollywood Walk of Fame, saying “I have seen a lot of ups and downs, and I have never had a more honest and loyal friend than Adam Levine through my personal journey.”

I hope your album is better than that jacket… @adamlevine

Through his interview with People, Shelton explains that Levine and his other close friends are the real heroes of his life – people he can truly count on and folks he holds in very high regard.

“You start to find out, the older you get — I guess we all do — that a really good friend is a pretty rare thing to have in your life. That person. I’ve gotta say that the handful of really close friends that I have, those are my heroes. They’re the ones that will just drop everything to be there for you if they need to be. I hold them high.”

It’s such a great thing for someone to have incredible friends like Blake Shelton has.

Watch Blake Shelton’s full interview with People below and share your thoughts in the comments.