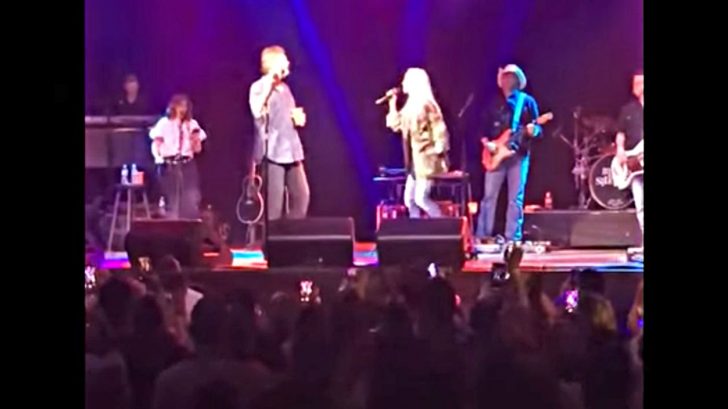 At the end of a wild and fun evening, this country music star showed off his inner-rocker in an effort to bring a smile to Gwen Stefani’s face!

Blake Shelton, who was hosting his own ACM Awards after party, recruited a number of musical guests for the evening’s show – one of which included his own girlfriend, Gwen Stefani.

Yay!! It was incredible to write with @BlakeShelton & share the stage for a song that is so joyful & Christmas-y! #YouMakeItFeelLikeChristmas #LuckyGirl ?✨

While Stefani was perfectly fine singing some of her career’s biggest hits on stage, when Shelton came out from backstage and requested she sing the No Doubt hit, “Hella Good,” she had one condition for him: he had to join her!

As Stefani kicked off this early-2000’s punk power hit, Shelton grabbed a microphone and joined in for a roaring chorus that only further proved he’s got some hidden vocal skills that few have ever seen. Together, they sound just as great as they do apart – and all of the audience was loving this unexpected duet!

Watch the video below to catch a rare glimpse of Blake Shelton’s inner rockstar coming out in full force!