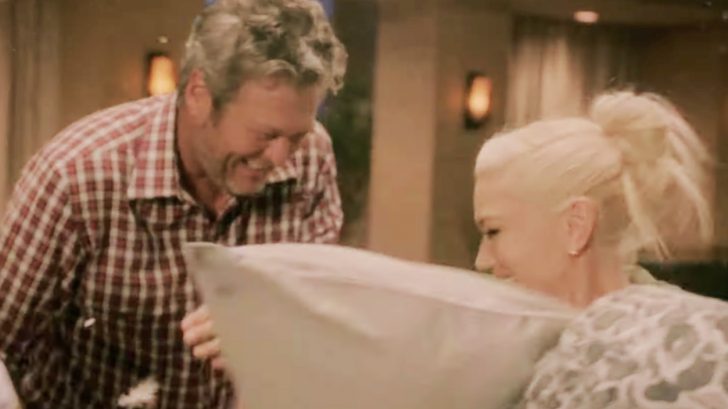 Season 17 of The Voice is going to be like unlike anything we’ve seen before. Mostly because this will mark the first season that Adam Levine is not a coach.

News broke of his sudden departure – after it had already been confirmed of his return – on May 24th of this year. Host Carson Daly revealed the news on The TODAY Show, and also revealed that Gwen Stefani would be taking his place.

We got our first look at the new foursome – Stefani, Kelly Clarkson, John Legend, and Blake Shelton – when the show posted the season’s first promo photo on August 16, promoting the September 23rd premiere date.

In the new promo for The Voice, all four coaches and Daly are having dinner at one of their homes when they all say they are having so much fun, they should just spend the night – a big slumber party!

Cut to a montage of them doing classic slumber party activities like pillow fights, painting nails (especially Blake’s signature “Pick Me” finger), singing around the piano, watching movies (more like Shelton’s “Some Beach” music video), and being read bedtime stories.

Daly read the bedtime story, but Shelton, Clarkson, Stefani, and Legend all fell asleep before he finished, so he tucked them in and said, “Goodnight my angels. We’ve got a big season ahead.”

The promo ended with Daly giving Shelton a kiss on the forehead, much like the country singer does to the fellow coaches.

Watch the full promo below – and get excited for the new season!