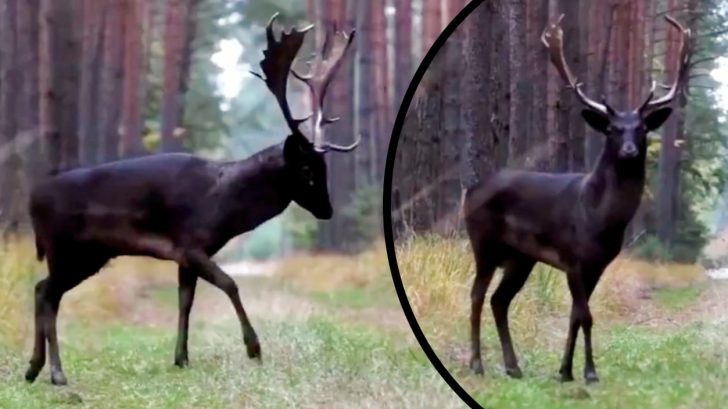 By now, you’ve surely heard about how rare albino and piebald deer are. The odds of seeing one in the wild are so low, anytime a person manages to snap a photo or video of one it ends up going viral.

But did you know albino/piebald deer aren’t even the rarest type of deer there are?

According to the North American Whitetail website, black (also known as melanistic) deer are significantly more rare than their albino and piebald cousins.

“On the continent as a whole, “melanistic” or “melanic” deer – so named because their bodies produce far too much of the hair, skin and retina pigment known as melanin – are definitely the rarest of the rare,” the website reads. “While millions of whitetails have been harvested across the continent in modern times, only a token number of cases of melanism have been documented. In fact, it’s safe to say that most whitetail hunters have never even heard of melanistic deer, much less seen one. For that matter, only a few research biologists ever have observed one in the flesh.”

Even though this information pertains to whitetails in North America, it’s still just as rare to see black deer on other continents and among other species.

While you may not ever see a black deer in person, there are a few photos and videos out there. One video, which was posted on Twitter, shows a stunning black fallow deer with antlers.

Fallow deer are a deer species native to Europe. The are usually a pale brown color, but the deer in Shantonas’ video was pitch black.

The clip follows the magnificent buck as he strolls over to a nearby tree. He then leans up and begins grazing on the tasty branches above his head.

It’s amazing to see such a rare creature exhibiting natural behaviors and moving around. Clearly many other people felt the same, since the clip has generated over 118,000 views since it was shared. You can find the video below.

What a beauty! Have you ever seen a black deer before?