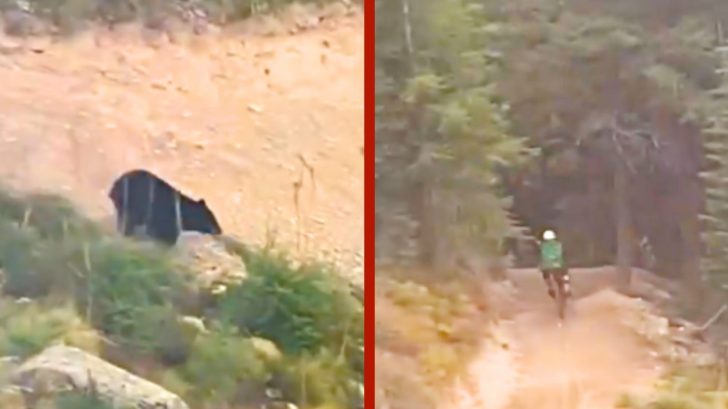 On Instagram, the sporting goods company, Montana Knife Company, captivated followers with a video of a biker attempting to outrun a charging bear. In the footage, the black bear closely trails the biker as the person tries to escape around a turn. Unfortunately, viewers cannot see the biker’s fate as the two race out of the camera’s frame.

TMZ confirmed with the company that the biker survived the pursuit. The company explained that the person was fortunate enough to outrun the bear and made it down the hill safely.

In the social media post, Montana Knife Company cheekily captioned the clip with a warning about the great state of Montana. The Instagram video has already received over eighty thousand views. They wrote:

“A quick reminder that Montana is not Disney Land… Black bear chasing a downhill mountain biker in Whitefish, MT.”

For more bear encounters, check out the following video.