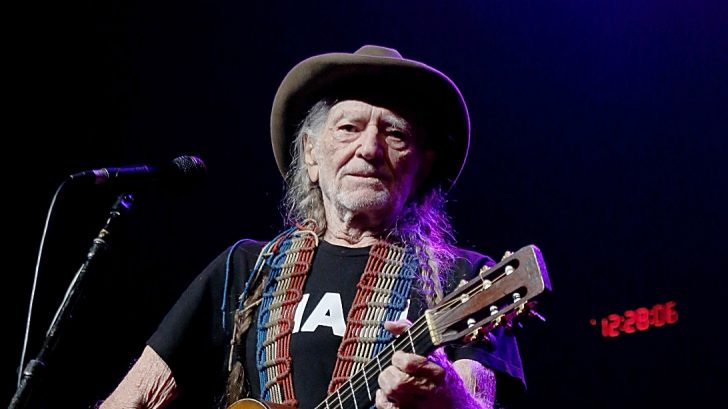 Willie Nelson’s Outlaw Music Festival Tour made a stop in Charlotte, North Carolina, Saturday night (May 26), but fans didn’t get to hear the headliner sing or play.

The Country Music Hall of Famer’s set was scheduled to begin around 9:40 p.m., but he still hadn’t taken the stage 45 minutes later. The crowd waited impatiently, and according to one attendee, Nelson walked out on stage twice but never sang or strummed a note. A video posted to YouTube by one concertgoer shows the singer shuffling onto the stage, putting on his guitar strap and picking up his guitar before he abruptly sat it back down and threw his hat into the crowd. He then left the stage and never returned.

In the video, his band appears to be as puzzled by the action as the crowd was. It didn’t take long for concert attendees to share their experience on social media.

85 yr young Willie Nelson has just walked on and off the stage in Charlotte twice. The 2nd time angrily throwing his hat into the crowd. I don't think he is coming back. I wish I had caught the hat.

We waited one hour without so much as a peep of information. Very poor treatment of 10,000 or so paying customers. Don’t we deserve the courtesy of an explanation before an hour goes by. #shoddytreatment by @WillieNelson #willienelson

The crowd was eventually informed that the concert had been cancelled due to illness when concert promoters Blackbird Presents posted on social media, “Due to illness, Willie Nelson was unable to play tonight at the Outlaw Music Festival at PNC Music Pavilion Charlotte. Fans are asked to please hold on to their tickets until the new date is announced.”

But, some concertgoers insisted that Nelson seemed angry, not sick.

Willie is ticked about something. Hasn't played a note and has already walked off stage twice. Threw his hat on the 2nd try. Band following behind. #OutlawMusicFestival #WillieNelson

Whoever pissed off #willienelson owes me an apology.

This is the latest of several events that Nelson has postponed or cancelled due to illness. There is no word on Willie’s condition, but we wish him a speedy recovery.