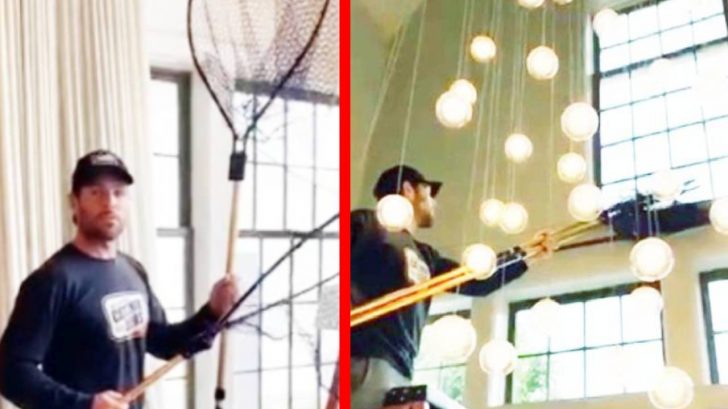 For the last couple months, country singer Carrie Underwood and her husband Mike Fisher have been staying at home with their two sons, Isaiah and Jacob.

The extra time together is, of course, due to the the coronavirus pandemic, but this family of four has been finding lots of things to pass the time. Mornings consist of Mike playing “airplane” with their two sons.

It seems that most days, Carrie and Mike are able to squeeze in a workout from her Fit52 app!

Doing the @fit52 workout with the hubs this morning…in hyper speed!!! Had to set it to one of my most favorite hype songs ever! #KickStartMyHeart @motleycrue #FindYourPath #StayThePath #Fit52

And the “Drinking Alone” singer has also been doing a whole lot of cooking.

Made tortilla pizzas from the #FindYourPath book for us all this evening! Just used what veggies and tortillas we had in the fridge. Yummy and filling! #Fit52 #Healthy #Practical

Because she’s been using the stay-at-home orders to eat well and work out, Carrie’s got a head-start on her summer body, which she flaunted on social media on May 23, 2020.

“Is it summer yet?” she captioned the photo, along with the hashtag “#PoolReady.”

It turns out that during the quarantine, someone else was trying to get in on the fun the Fishers have been having – a bird!

In a video posted to her official TikTok, Carrie filmed the whole encounter, starting the video off by saying, “There’s a bird in our house.”

Luckily, her husband Mike is an expert bird catcher and had the necessary equipment to help guide the bird back outside!

Carrie then filmed the bird perched high up on a windowsill and Mike carefully attempted to capture the bird in the nets he armed himself with. The bird seemed to give Mike a bit of trouble, but once the former hockey player got on the ladder, he was able to safely capture the bird and release him outside.

This bird decided to quarantine with Carrie ?? | RP: Carrie Underwood