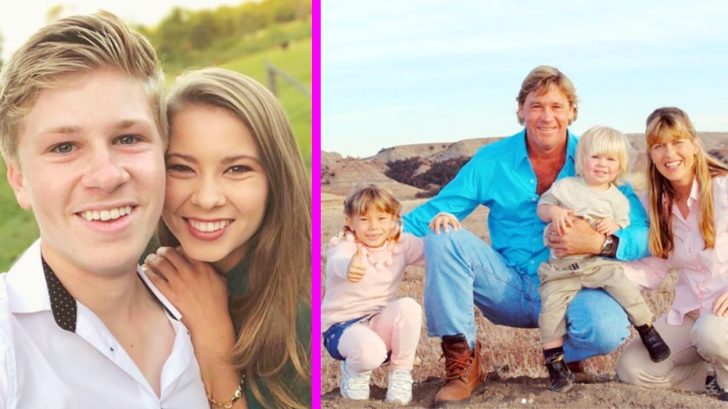 When television personality and conservationist Steve Irwin passed away in 2006, he left behind two young children. His daughter, Bindi, and his son, Robert, are now all grown up.

Bindi is 21 years old and newly engaged to the love of her life, Chandler Powell. As for Robert, the 15-year-old is already an award-winning wildlife photographer and a frequent celebrity guest on The Tonight Show Starring Jimmy Fallon.

Whenever he appears on the show, Robert brings along some animal friends from his family’s Australia Zoo to teach Jimmy and the public about them.

Both Robert and Bindi work at the Australia Zoo when they are at home, and are actively involved in projects started by their father. The pair recently returned from a five-week trip in Queensland, during which they tagged and tracked crocodiles in the area.

Their mother, Terri, and Bindi’s fiancé, Chandler also joined them on the trip.

So much happiness ❤️ Luke (our editor-in-chief of Crikey Magazine, and our amazing friend), Robert, Mum, me and Chandler all spending time on the Steve Irwin Wildlife Reserve.

The 2019 croc trip in Queensland is just one of many things that shows how Bindi and Robert are actively carrying on their father’s legacy. The siblings make it clear that their dad is always in their hearts, and find every chance they can to celebrate him.

Sunday (September 1), was Australian Father’s Day, and both Bindi and Robert took the time to honor their late father with sweet messages on social media.

Bindi shared an old video in which her father tried to entertain her with various stuffed animals, including a large stuffed snake. Bindi was just a little baby at the time, and was as adorable as could be.

“Reflecting on these wonderful moments,” Bindi captioned the video. “Hug the people in your life who bring light to your heart and always remember that love lasts forever.”

It’s Father’s Day here in Australia❤️ Reflecting on these wonderful moments. Hug the people in your life who bring light to your heart and always remember that love lasts forever.

Robert chose to honor Steve by sharing a photo he took with him and a cuddly koala. Baby Robert can be seen touching the koala and looking off to the side while Steve looks at the camera and beams with pride.

“Even in my early years, my dad certainly shaped the person I am today.. he was the best dad to me and @bindisueirwin, and I’ll always look up to him,” Robert wrote.

It’s Father’s Day here in Australia! Even in my early years, my dad certainly shaped the person I am today.. he was the best dad to me and @bindisueirwin, and I’ll always look up to him ❤️

How sweet is that photo?

It warms our hearts every time we see Bindi and Robert honor Steve. Bindi even incorperated her love for her father into one of her dance routines during her time on Dancing with the Stars a few years ago. You can watch that routine below.

Steve would be so proud of his two kids. His legacy is in good hands with them.