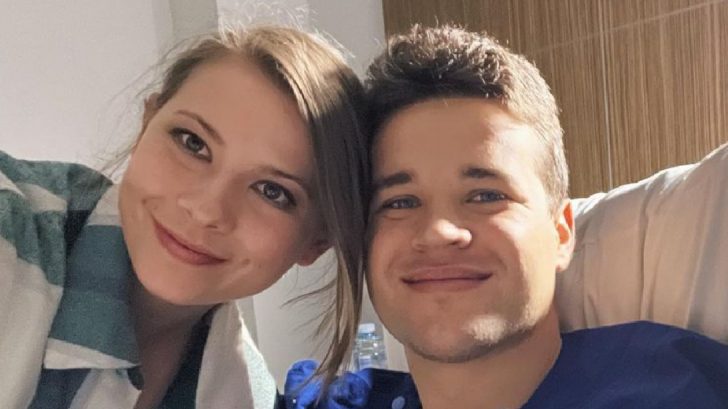 Chandler Powell, husband of Australian conservationist and tv personality Bindi Irwin, is recovering from surgery. Powell posted a note to social media thanking his wife for taking care of him after he had surgery to remove his tonsils.

“Just wanted to write a note to my amazing wife❤️ I had to get my tonsils out and she has been taking the best care of me. I’m so lucky to be loved by you, @bindisueirwin,” Powell captioned a photo of his wife posing alongside him in a hospital bed.

He also thanked his mother-in-law, Terri Irwin aka Bunny, for taking care of the couples’ daughter Grace while he is in the hospital.

Bindi replied to the post saying, “Sweetheart, always always always here for you. Being married to you is the very best and I’m so proud of you.”

Bindi and Chandler first met in 2013 when Chandler, an American, visited the Australia Zoo while in the country for a wakeboarding competition. On the day of Powell’s visit to the zoo, Bindi was a tour guide. He admitted to being immediately drawn to her, and told PEOPLE that her first thought of her was, “Wow, she is amazing!”

The couple stayed in touch for the next two years before making their relationship public. That happened to be the same year Bindi competed on and won Dancing With the Stars.

In 2018, Chandler made the big move from the United States to Australia where he joined the Irwin family business at the Australia Zoo.

“He’s done so well, I think he’s passed the Irwin family khaki test,” Bindi told People at the time. “We’ve had him jumping on crocodiles and feeding alligators.” She added, “I think I have found my one, and I’m so lucky. He is always encouraging me to follow my dreams, reminding me to stand up for what I believe in.”

A year later, on Bindi’s 21st birthday, Chandler proposed. The pair wed in March 2020 in an intimate ceremony at the Australia Zoo. The couple was forced to change their wedding plans due to the pandemic, and chose to say “I do” in a small wedding ceremony with no guests, other than the bride’s mom and brother. On their first wedding anniversary, Chandler and Bindi welcomed their first baby, Grace Warrior Irwin Powell.

The couple have devoted their life to continuing her family’s legacy of wildlife conservation and zoo keeping. Together they have amassed a huge online following and keep fans up to date with their animal adventures and family life.