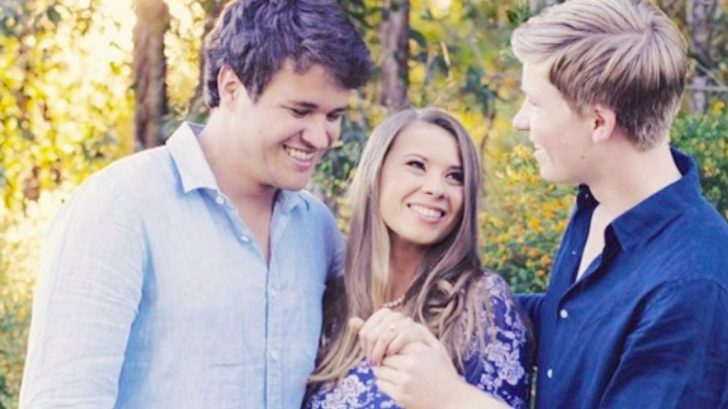 Bindi Irwin got quite the birthday surprise when her longtime love Chandler Powell took her to her favorite spot in the Australia Zoo and asked her to marry him.

Chandler proposed on Bindi’s 21st birthday, which was Wednesday (July 24). The couple first met six years ago at the Australia Zoo, and they have been inseparable ever since.

A little appreciation post❤️ @chandlerpowell, thank you for always being there. I’m grateful every day for you. You’re my sunshine. Always.

Bindi’s late father, Steve Irwin, was a beloved TV personality and the person responsible for putting the Australia Zoo on the map. Now that he’s gone, Bindi, her mother Terri, her brother Robert, and Chandler have all been working to keep his legacy alive by expanding and improving the zoo.

Even though Bindi and Robert are six years apart in age, the brother and sister duo is extremely close. You often see them appearing in each other’s photos on social media, proving that they spend a lot of time together.

So when Bindi announced that she and Chandler were engaged, everyone was anxious to hear what her little brother would have to say about the happy news.

Robert commented on Bindi’s engagement announcement post, and his comment appears as one of the first in a thread of thousands congratulating her. He simply wrote a bunch of heart emojis, though that simple message was enough to make his feelings known.

But Robert didn’t leave things at that. He took to his own Instagram to share a longer congratulatory message alongside some photos.

The first picture shows Chandler, Bindi, and Robert standing together while Robert admires Bindi’s ring. The second picture is one of the newly engaged couple, and offers a closer look at the ring on Bindi’s finger.

As sweet as the pictures are, the words Robert had to share are even sweeter. His joy was made clear in his message, as he wrote:

“I am beyond happy for you two. You are true soulmates and have always been so completely perfect for each other. Love you both and congratulations.”

I am beyond happy for you two. You are true soulmates and have always been so completely perfect for each other. Love you both and congratulations ?

Did y’all need to reach for some tissues when you read that? It certainly had us tearing up!

We too, join Robert in congratulating Bindi and Chandler on their engagement. They seem so happy together!

See just how perfect the couple is for each other by watching one of their adorable interviews below.