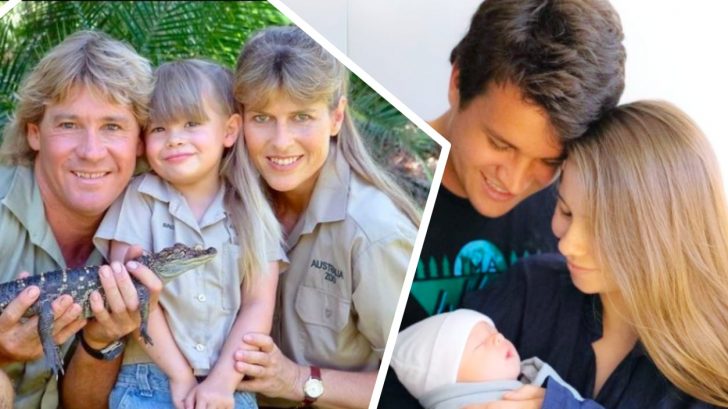 Bindi Irwin and Chandler Powell didn’t pick out a name for their daughter prior to her birth. While they didn’t have a specific moniker in mind, they knew they wanted to give her a family name.

“We have been looking through family history on both my side and Chandler’s side for family name inspiration,” Bindi told The Bump during an interview that was published in February. “Once she arrives I think we’ll know exactly what to name her.”

Prior to her arrival, Bindi and Chandler had taken to calling their daughter “Baby Wildlife Warrior.” Bindi explained the meaning behind the nickname, telling The Bump:

“My dad was the first person to create the term ‘Wildlife Warrior’. Being a Wildlife Warrior means to stand up and speak for those who cannot speak for themselves. We’ve been referring to our daughter as our Baby Wildlife Warrior. I know in my heart that she will forge her own path to make our planet a better place through her connections with the gorgeous animals that we protect here at Australia Zoo and the conservation work we do with animal species around the globe.”

Bindi and Chandler’s baby girl was born on March 25, 2021 which was also their first wedding anniversary. They shared the happy news the following day, and also revealed their daughter’s name: Grace Warrior Irwin Powell.

The couple chose “Grace” as their daughter’s first name in honor of Bindi’s great-grandmother and various members of Chandler’s family.

“Grace is named after my great-grandmother, and relatives in Chandler’s family dating back to the 1700s,” Bindi explained.

As for Grace’s two middle names, “Warrior Irwin,” both of them are meant to serve as a tribute to Bindi’s late father, Steve.

“Her middle names, Warrior Irwin, are a tribute to my dad and his legacy as the most incredible Wildlife Warrior,” Bindi said.

Bindi did not change her last name when she married Chandler, so she is still Bindi Irwin. But Grace will carry his last name of “Powell.”

“Her last name is Powell and she already has such a kind soul just like her dad,” Bindi said.

Baby Grace is now a year old. She celebrated her first birthday with her family at Australia Zoo. See some adorable photos from her party below.