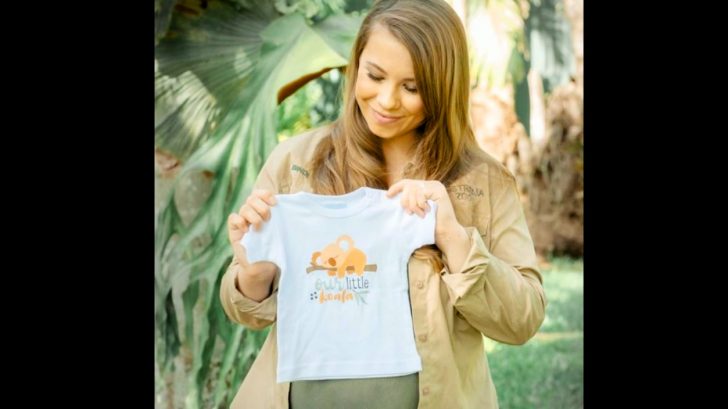 The 22-year-old conservationist and her husband, Chandler Powell, are expecting their first child, a baby girl. While Bindi has never said her exact due date, she has kept her followers up-to-date with fairly frequent updates on her pregnancy.

Back in early February, Bindi’s mom, Terri, said on the Australian TV Program Sunrise that Bindi was “due next month,” meaning March.

Here's the hilarious moment wildlife warrior @RobertIrwin copped a punch on the arm from mum @TerriIrwin after making a cheeky comment about his sister's pregnancy ? pic.twitter.com/NnFdcojZ0r

Now, with just eight days left in the month of March, Bindi’s followers were starting to wonder if Baby Wildlife Warrior had arrived yet. Bindi put any speculation to rest with a post she published on Tuesday (March 23), saying she and Chandler are still “waiting for our baby girl to arrive.”

In the post, Bindi also gave a clearer idea of when her daughter may be here. She said her due date is “about a week away.”

Bindi’s short pregnancy update was accompanied by some other exciting news. She announced the release of a Baby Wildlife Warrior range of products at Australia Zoo!

“Chandler and I are proud to share a special project that we’ve been working on for months with our Australia Zoo team,” Bindi wrote. “This limited edition Baby Wildlife Warrior range means so much to us, we hope you love it too!”

The line includes clothing, a diaper bag, hats, and bibs. Bindi showcased some of the products in a slideshow on social media, which you can see below.

We can’t wait to see Bindi’s own Baby Wildlife Warrior in some of these adorable outfits!