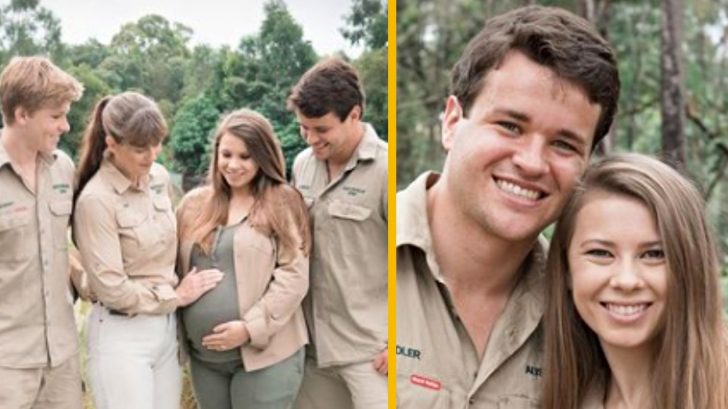 Bindi Irwin and her husband Chandler Powell expect to welcome their first child together this March, and fans are eagerly awaiting the first photos of the couple’s baby girl.

On Tuesday, Bindi, 22, posted a family photo on social media and hinted that her due date was fast approaching. Bindi’s brother, Robert, and mother, Terri, joined Bindi and her husband in the photo, but instead of looking at the camera, the group looked down at Bindi’s baby bump with huge smiles.

“Waiting for Baby Wildlife Warrior to arrive,” Bindi shared in the Instagram caption.

While Bindi’s caption suggested that the family would meet her baby girl soon, it also gave a nod to her late father, Steve Irwin. During an interview with The Bump, Bindi explained that the nickname “Baby Wildlife Warrior” was a sweet tribute to Steve, who first coined the term. She stated:

For more on Bindi Irwin, check out the following video.