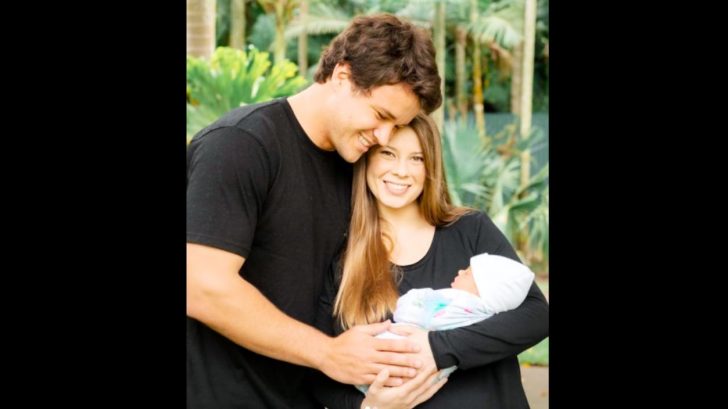 March 25, 2021 was a special day for Bindi Irwin and Chandler Powell. It was the day they celebrated their one-year marriage anniversary and was also the day their first child was born.

“There are no words to describe the infinite amount of love in our hearts for our sweet baby girl,” Bindi wrote on social media when announcing her daughter’s birth. “She chose the perfect day to be born and we feel tremendously blessed.”

The new mama shared a photo that showed her and Chandler holding their bundle of joy. Chandler shared the same photo on his own profile, along with a photo of Grace on her own.

Other than those two photos, the only other picture the public previously saw of Grace was shared by her uncle, Bindi’s brother Robert.

Robert posted a photo of him cradling Grace in the hospital shortly after she was born. “Let the uncle adventures begin!” he wrote. “Love you so much, Grace.”

Now, Grace is one week old. Bindi and Chandler celebrated by sharing a few new photos of her on their respective social media profiles.

Bindi posted two photos, the first of which shows her holding Grace while Chandler looked on lovingly. The second picture is a close-up of Grace, who was wrapped in a floral blanket. Bindi held up a small sign in front of her that said “One week old.”

“Our perfect Grace Warrior is one week old,” Bindi wrote in the caption. “This week has been filled with sweet snuggles and infinite love.”

Chandler shared one additional photo of Grace. This picture was another family snapshot of him and Bindi with their daughter. This photo differs from the one Bindi shared because it shows both her and Chandler looking directly at the camera.

“One week as a family of 3,” Chandler captioned the snapshot. “My two beautiful girls make every day perfect.”

You can see the adorable photo Chandler shared in the post below. Baby Grace is as precious as can be!