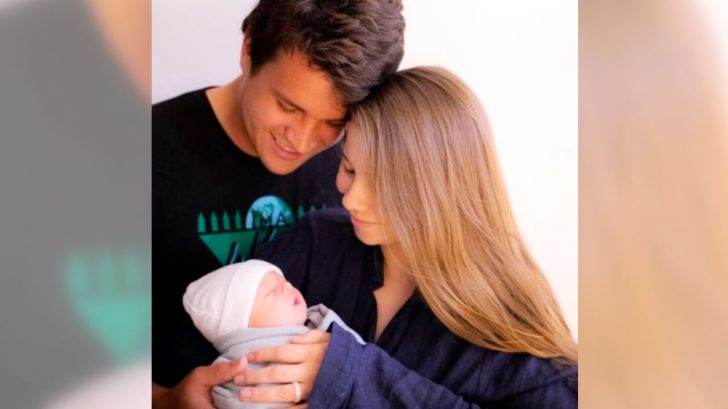 Thursday (March 25) was Bindi and Chandler’s first wedding anniversary. The two of them were surprisingly silent on social media that day, while Bindi’s mom, Terri, wished them a happy anniversary on Twitter.

Fans of the couple knew that Bindi was due to give birth within a week, so many began to wonder if her and Chandler’s Baby Wildlife Warrior had arrived.

Turns out, she had!

On Friday (March 26), Bindi and Chandler announced on social media that they welcomed their daughter the previous day, their anniversary.

“Celebrating the two loves of my life,” Bindi wrote. “Happy first wedding anniversary to my sweetheart husband and day of birth to our beautiful daughter.”

She and Chandler always knew they wanted to pick a family name for their baby girl. They chose the name “Grace” in honor of Bindi’s great-grandmother and various members of Chandler’s family.

Grace’s middle names are “Warrior Irwin” in honor of Bindi’s late father, Steve. “Her middle names, Warrior Irwin, are a tribute to my dad and his legacy as the most incredible Wildlife Warrior,” Bindi said.

Bindi also shared a photo of her and Chandler holding their daughter, which you can see below.

Chandler shared the same picture, along with a photo that better show’s Grace’s face. She’s so precious!

The proud new father captioned the images, “After waiting for you to arrive for the last 9 months, finally meeting you has been the best moment of my life.”

Read Chandler’s post about Grace’s birth below. We’re so happy for him and Bindi!