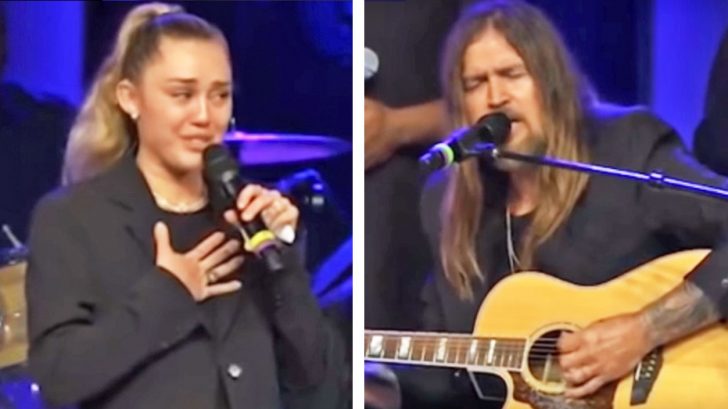 In March 2019, the world said goodbye to the beloved Voice singer, Janice Freeman. Her free spirit and golden vocals left an impression on many, while her smile brought hope. As her friends and family gathered together to celebrate her life, emotions were at the forefront.

I want to give ALL praises to THE FATHER for this healing process! It has been a difficult, trying, discouraging, mentally draining, etc last 3 months I have had to deal with in a very long time! But God is FAITHFUL and HE is healing my body and I'm starting to see a little clearly again!… I'm so grateful and overwhelmed becuase HE loves me so in spite of me deserving it or not…. I want to leave this message with you all… God loves you so much and He'll never walk away from you (you can walk away from Him). Thank you all so much for your continued prayers they have been keeping me! Remember you're awesome, amazing, there's only one you in this world….. ( You finish it!!!! ) I love you all

33-year-old Janice was a contestant on the 13th season of The Voice. From the beginning, the powerhouse singer stunned the coaches with her unique tone. After earning a spot on Team Miley, she quickly became a fan favorite. Janice made her way into the 11th week of the competition after performing a whirlwind of fiery hits. In the end, it was true that her spirit was the reason everyone fell in love with the young talent.

The loving mother and wife had experienced a series of trials before her time on The Voice. When Janice’s daughter, Hannah, was just four years old, she lost her father to a battle with cancer. Five years later, in 2012, Janice was diagnosed with cervical cancer herself. After her long fight, Janice beat it and came out twice as strong.

Pretty women wonder where my secret lies. I’m not cute or built to suit a fashion model’s size but when I start to tell them, they think I’m telling lies. I say, it’s in the reach of my arms, the span of my hips, the stride of my step, the curl of my lips. I’m a woman Phenomenally. Phenomenal woman, That’s me. ~Maya A. #janicefreeman #iaskedtheFather #eyeshavenotseen #norearshaveheard #speakintoexistence #lupussurvivor #cancersurvivor #meningitissurvivor #blackhistory #fighter #singer #songwriter #risingartist #newmusic #soldouttours #favor #film #grammys #favor #chooselifetoday

But unfortunately, on March 2, 2019, Janice lost her fight to an unexpected health decline. Janice passed away from “an extreme case” of pneumonia and a blood clot that traveled to her heart. Her husband continued to perform CPR on her until the paramedics arrived, but ultimately it was too late. Janice passed away at their local hospital not long after.

While her family coped with the loss and heavy hearts, her mentor, Miley Cyrus felt a cloud of heartbreak fall over her. Cyrus wrote a beautiful tribute in honor of her late friend who constantly inspired her.

I miss you so much it hurts. Everywhere ….. but so did you. So often. So much pain and no one would ever notice…

Janice Freeman’s funeral service was held on March 18, 2019 as loved ones came to show their gratitude for their dear friend. While Miley was set to perform “Amazing Grace” at the service, she had a wave of emotions rush over her. While paying her respects to Janice she explained,

“I was never her coach…ever. She was always mine. I learned more from her than anyone that I’ve ever gotten an honor to be in the room with – not just vocally, I should’ve gotten more lessons than I did but she taught me everything that I know about love.”

As Miley struggled to get her words out, she told the guests that her father, Billy Ray, would be helping her perform the song as it was too hard for her.

Billy Ray began playing an upbeat version of “Amazing Grace” with a band and choir behind him. Eventually, Miley joined in with a gorgeous rendition. It seemed as though the whole room lit up in honor of Janice and her beautiful soul. The guests were brought to their feet in praise.

Today was holy. Rest In Peace, Janice Freeman. Miley Cyrus said it best at the service today: “Janice thought I was…

Rest in peace to the beautiful and bright Janice Freeman. You will be deeply missed.