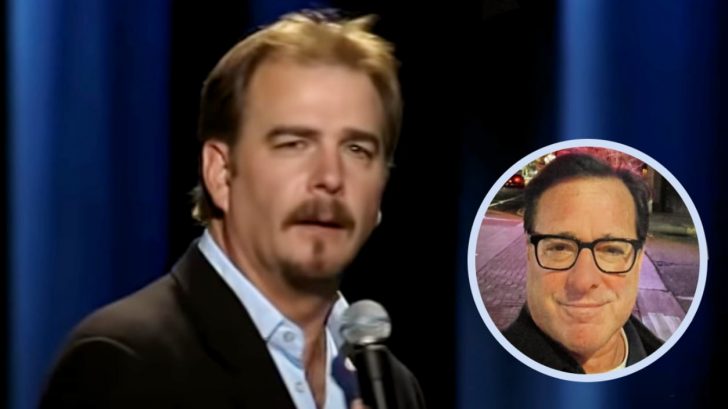 Today, Bill Engvall is known as a member of the Blue Collar Comedy group and is recognized for his famous “Here’s Your Sign” bit. He now serves as a source of inspiration to up-and-coming comedians who hope to follow in his footsteps.

Engvall himself was inspired by another comedian when he was first starting out…Bob Saget.

Saget was in Florida on his I Don’t Do Negative comedy tour when he was found dead in his hotel room in Orlando on Sunday (January 9). He was 65 years old.

BREAKING: Actor and comedian Bob Saget is dead at 65, according to the Orange County Sheriff’s Office in Orlando, Florida. https://t.co/3NJo24BLH9 pic.twitter.com/5bbXcztqjD

Saget was beloved around the world, as he was well-known for playing Danny Tanner on the sitcom Full House. Many famous figures paid tribute to him following his death, including Engvall.

Engvall shared a personal story about Saget. He said his fellow comedian was a strong source of encouragement during the early days of his career.

“I am deeply saddened to hear of the passing of Bob,” Engvall wrote. “When I was first starting out, Bob was not just supportive but encouraged me to pursue my dream. I will miss him dearly. RIP my friend.”

So if you have ever enjoyed one of Engvall’s jokes, you partially have Saget to thank for that. His encouragement helped push Engvall to chase his dreams in the comedy world.

See Engvall’s tribute to Saget below.

Saget was truly one in a million. He is so dearly missed.

Our thoughts and prayers go out to Saget’s family and friends during this challenging time.