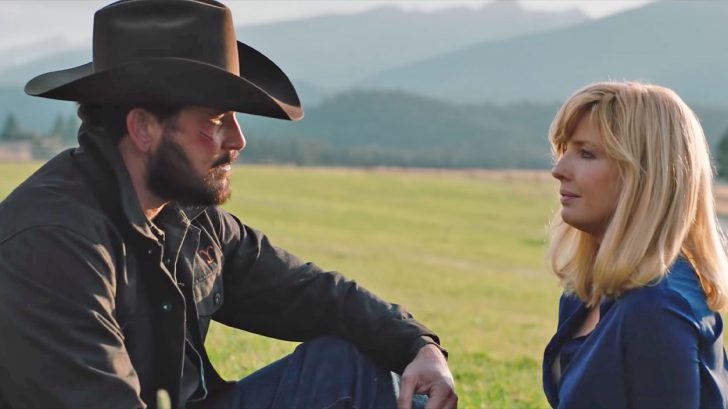 For the last two summers, The Paramount Network’s Western series Yellowstone starring Kevin Costner has become the hottest show on television, pulling in huge ratings, and finding favor with critics.

Perhaps one of the biggest draws to the show is the love story between Beth Dutton and Rip Wheeler. The fiesty daughter of Montana ranch owner John Dutton has the rough and tough ranch hand constantly trying to keep up. Played by Kelly Reilly and Cole Hauser, Beth and Rip are fan favorites who make viewers swoon over their very unconventional romance.

One dedicated fan decided to make a compilation video of Beth and Rip’s rocky relationship. The video features special moments that happen between the couple throughout the show and is set to the song “Lady May” by the one and only, Tyler Childers. Childers is a Kentucky native whose music is a mix of folk, country, and bluegrass. The song “Lady May” was written about his wife, Senora May. Childers actually worked at a sawmill and the two of them live close to a river – all of which is referenced in the song.

Soon after, Paramount released their own official video that compiles all the key moments of their relationship.

Get ready for all the feels and watch the compilation of love scenes between Beth and Rip in the video below.