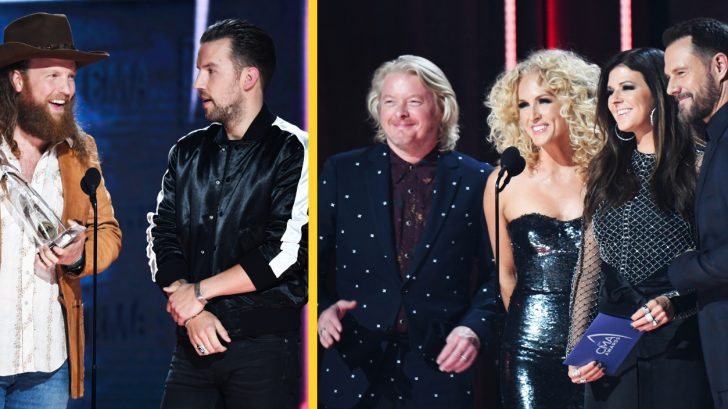 Of all the nominees, only one duo/group could take home the top honors and the competition couldn’t have been tighter.

The 61st Grammy Awards put on by The Recording Academy took over televisions across America with an amazing showcase of artists, performances, and honors to celebrate some amazing achievements in music throughout the year – and even featured a special ode to Dolly Parton’s own legacy!

Rehearsing with these ladies for a very special #GRAMMYs performance has been magical. Y'all tune in on Sunday!!@MarenMorris @MileyCyrus @RealLindaPerry ? pic.twitter.com/j4cmCAMIIr

The Grammys have described the award as designed for a duo or group’s collaboration on vocal or instrumental track in the country genre and is restricted to singles/tracks only.

Best Country Duo/Group Performance Nominee John Osborne, member of @brothersosborne, is a Belmont alum and is managed by John Peets of QPrime. Peets often comes to campus to share his insights with students! Congrats on your nomination, Brothers Osborne & team! #GRAMMYS

The 2019 nominees for The Best Country Duo/Group Performance are as follows:

Following their monumental win, Dan + Shay walked the red carpet where American Idol host Ryan Seacrest helped them celebrate with (what else?) their very own engraved bottle of tequila. The three took a celebratory shot, then Seacrest asked if how they’ll continue the celebration.

“Dude, you have no idea,” Shay Mooney said. “I’m going to put this whole [bottle] inside of the Grammy and I just might drink it all.”

Congratulations to Dan + Shay on their well-deserved win! Watch the duo’s music video for “Tequila” below.