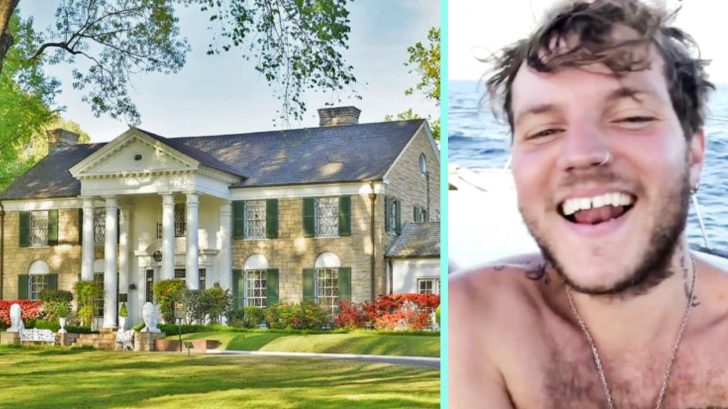 On July 12, TMZ reported that Lisa Marie Presley‘s 27-year-old son Benjamin Keough had died. “Ben appears to have died Sunday in Calabasas from a self-inflicted gunshot wound” the outlet said.

Lisa Marie also has three daughters: Riley Keough and twins Harper and Finley Lockwood. Because Ben was her only son, he and Lisa Marie shared a strong bond.

“She is completely heartbroken, inconsolable and beyond devastated but trying to stay strong for her 11-year-old twins and her oldest daughter Riley,” Lisa Marie’s rep, Roger Widynowski, said following Ben’s death. “She adored that boy. He was the love of her life.”

Many people often compared Ben to his late grandfather, Elvis. Even his own grandmother, Priscilla, once spoke about how much Ben resembled Elvis. But she said he always tried to be his own person separate from Elvis’ looks and legacy:

“I see a little of [Elvis in Benjamin] as well, but you know, Ben very much is his own person,” Priscilla told Us Weekly in 2019. “He strives for that so we don’t make a really big deal about it. There’s a resemblance, but we just let him be Ben, which I think is beautiful…“

Now, Ben’s final resting place is near the grandfather he resembled so much. On Thursday (October 1), Graceland shared the news that Ben was laid to rest in the estate’s Meditation Garden.

The Garden serves as the burial site for Elvis and other Presley family members.

You can read the statement below.

Although Ben usually kept out of the spotlight, he did emerge to celebrate Elvis’ 80th birthday with his family at Graceland in 2015. Look at the below video to see him with his grandmother, mother, and sisters during those happier times.

Our thoughts and prayers remain with Ben’s family and loved ones.