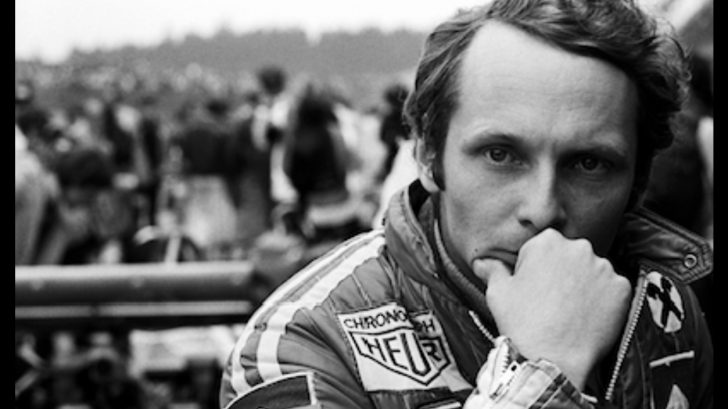 A truly remarkable racer and three-time Formula One world champion, this leader in motorsports and racing has passed away at the age of 70.

With a career spanning just 11 years, Niki Lauda earned more awards, prizes, and records than many do in twice that amount of time. You may not know him by name, but likely you remember his remarkable comeback after a near-fatal accident in 1976 that left him with severe burns across his face.

Everyone at Ferrari is deeply saddened at the news of the death of our dear friend Niki Lauda. He won two of his three world championships with us and will always be in our hearts and in those of all Ferrari fans. Our sincere condolences go to all his family and friends.#CiaoNiki pic.twitter.com/mbzZBNZiRZ

During his career, Lauda became the only person to ever win a championship with both Ferarri and McLaren – the two most successful names in Formula One racing. Throughout the world of motorsports and racing, Lauda is known as one of the greatest F1 drivers in the history of the sport.

Niki Lauda, our 3rd world champion in the countdown, claimed victory in ‘84 on his comeback to racing. #Courage pic.twitter.com/teuY4G728k

His jaw-dropping crash in 1976 took over headlines across the world after his Ferarri lost control, swerved off the track, and burst into flames after crashing into an embankment. His car was on fire and Lauda was trapped inside. Because of the extent of his burns and the damage to his lungs from inhaling hot toxic gases, many did not expect him to survive and he later lapsed into a coma. At the hospital, he was given the last rites.

This is the crash that left Niki Lauda seriously injured at the 1976 German Grand Prix.

The @F1 legend has died at the age of 70 – read more about his life here: https://t.co/dO4vXOQ4E9 pic.twitter.com/ViuTgPgdSz

No matter how damaging this crash was to Lauda’s body, he was determined to survive and to race again – and he did just that. Just 40 days after his insane crash, Lauda returned to race again with bandages still covering the burns on his face.

A whole new bevy of fans was introduced to Lauda and his amazing story through the 2013 film, Rush, which tells the story of his famous rivalry with British F1 driver James Hunt – who won the championship in 1976.

“His unique achievements as an athlete and entrepreneur are and will remain unforgettable, his tireless zest for action, his straightforwardness and his courage remain a role model and a benchmark for all of us,” a statement from his family read.

After racing, Lauda took on a new passion for aviation and led three airlines across Europe, Lauda Air (merged into Austrian Airlines), Niki, and Lauda – the latter two which were combined in late 2017.

Unfortunately, ill health got the better of Lauda in past months and after undergoing a lung transplant in August 2018, he was hospitalized in January 2019 with a severe case of influenza. Lauda “passed away peacefully” on Monday, May 20th, 2019 his family shared.

In the wake of his unexpected passing, many throughout the motorsport world have expressed their condolences, grief, and heartbreak over the death of a legend of his magnitude.

My heart is heavy today, mourning the loss of a colleague and friend. Niki Lauda… a true-blue wonderful man pic.twitter.com/iOLPAZ9NG1

Shocked by the loss of Niki Lauda. He was a true legend in our sport and someone I had great respect for. May he rest in peace #RIPNiki pic.twitter.com/NCCduqNQuU

RIP Champ ?? Hard to believe anything could happen to the drivers who survived that period. A real motorsport legend, Niki Lauda ❤️ pic.twitter.com/Q3CXcfrOBw

Our thoughts and prayers are with his wife, children, family, friends, and fans during this very difficult time.

Watch these videos covering his life and achievements below.