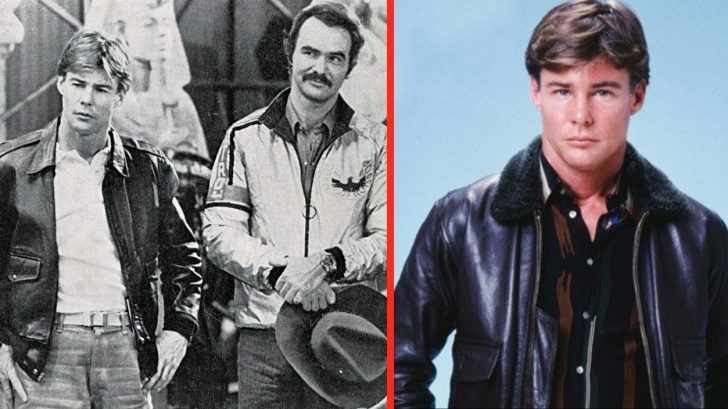 Starring alongside some of the biggest names in Hollywood like Burt Reynolds, Charles Bronson, Kim Basinger, Brock Hudson, and even John Wayne – this movie and television star had a career filled with incredible successes.

Sadly, 74-year-old Jan-Michael Vincent passed away after years of health struggles and complications. He died on February 10th, 2019 – but the news was kept under wraps until now when TMZ broke the news of his passing.

Too many good movies to name them all…so i'll name one very underrated film of his: HOOPER.

When you're a yoot…it doesn't get much better than a movie about stunt men staring Burt & Jan-Michael Vincent ?#RIP Burt Reynolds pic.twitter.com/3TuDVTrTBe

Vincent, who was best known for his 1980s role in the hit series Airwolf, became one of the highest-paid actors on television – earning $200,000 per episode.

Before he conquered the TV action scene, he became a notable figure in a large number of films and worked closely with stars who we all have come to know and love. Before he was an actor though, he was enlisted in the National Guard – until a talent agent spotted him and his stunning “All-American” looks.

Farewell, Jan-Michael Vincent. Sorry so much of life was so painful for you. #janmichaelvincent #bigwednesday pic.twitter.com/NUT6OmeMqJ

With credits to his name like Hooper with Burt Reynolds, The Bandits with Robert Conrad, Hard Country with Kim Basinger, and even The Undefeated with John Wayne, Vincent was one of the most recognized stars of the 70s and 80s.

Official RIP to Jan-Michael Vincent. Yes, he'll be remembered for Airwolf, but he had lots of roles here and then. Don't sleep on "Damnation Alley," the best bad post-nuke war flick from the late 70s! pic.twitter.com/i2X5PrjLIL

Sadly, Vincent’s struggle with addiction and substance abuse led to some serious health problems for him in the 90s and was nearly killed in several automobile accidents. In 2012, he had another near-miss with death when he contracted a severe infection that required the amputation of his right leg below the knee.

RIP Jan-Michael Vincent (he actually died at the beginning of February). Used to love Airwolf, and it was a shock to see what became of him in his later years #RIP #JanMichaelVincent #Airwolf #ripjanmichaelvincent pic.twitter.com/1TohYFt3BM

Vincent passed away at a North Carolina hospital on February 10th following a heart attack. He was later cremated, but it was not ever revealed why the news had been kept under wraps for so long.

Our thoughts and prayers are with Jan-Michael Vincent’s family and loved ones during this time. Watch the clip below of some of his best moments from his starring roles over the years.