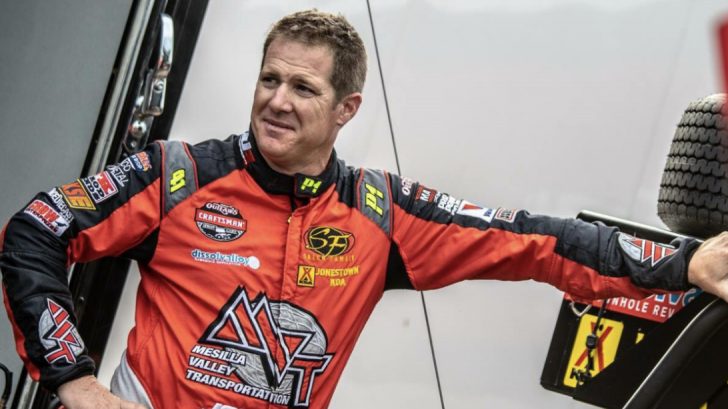 The racing world is mourning the loss of one of its beloved drivers. World of Outlaws sprint car driver Jason Johnson died Sunday morning from injuries suffered in a crash at Beaver Dam Raceway in Wisconsin. He was 41.

The crash happened as Johnson was vying against Kasey Kahne Racing’s Daryn Pittman for the lead on Lap 18. Johnson’s car flipped as it headed into Turn 3, hitting billboards and the wall before landing off the dirt track. He was taken to a hospital, then airlifted to Aurora Medical Center, where he died.

NASCAR driver Rickey Stenhouse Jr. occasionally competes in the World of Outlaws and knew Johnson well, as he was the co-owner of Johnson’s sprint car team from 2010 to 2012. But,the two men have known each other for more than 20 years.

“You never want to see it happen in any sport, but it hits a little closer to home when it’s the sport you grew up doing and you’re still a part of every now and then,” said Stenhouse Jr.

“He was the toughest competitor that there was. … He was one of the best. He was the true car owner [and] driver, and it’s tough to do that these days. A lot of people respected him being able to do that.”

Stenhouse Jr. added that he felt sorry for Johnson’s wife, Bobbi, and their five year old son Jaxx who played a huge role in his career.

“Their whole deal was family-oriented. … They kept it a tight-knit group and a tight-knit family and made it work,” said Stenhouse Jr.

Our thoughts are with Jason Johnson’s family and friends as they grieve. A GoFundMe account has been set up by the World of Outlaws for Bobbi and Jaxx Johnson. If you would like to contribute, please click here.