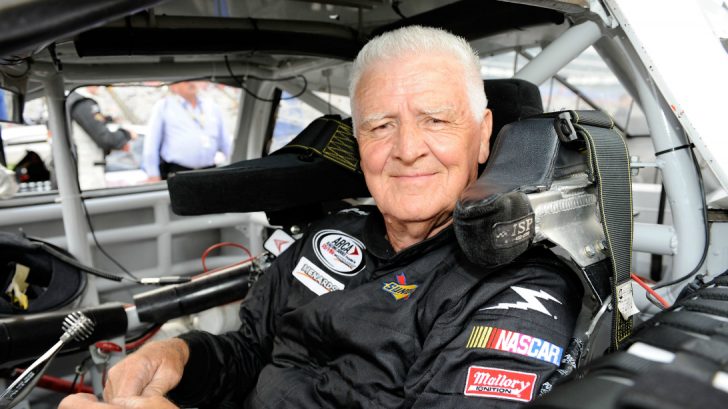 NASCAR is grieving the loss of another legend after a horrific traffic accident took his life and that of his son.

James Hylton, who was one of the most successful drivers at NASCAR’s Cup level with a career that spanned more than 50 years, died Saturday in a traffic accident. Hylton and his son, James “Tweety” Hylton Jr. were passengers in a vehicle being driven by crew chief Terry Strange. The men had recently left Talladega Superspeedway in Alabama when the accident occurred.

According to the Roanke Times, Strange told officers that he thought the elder Hylton was having a heart attack, and lost control of the vehicle after looking over to check on him.

“[The officer] said Terry … told them that he thought James was having a heart attack and he looked over at him and lost control of the truck and went across the median and then across the other lane of traffic and hit an embankment,” James Hylton’s wife Evelyn said in a phone interview. “The truck, towing a big trailer with a race car on it, thousands of pounds, you have to be really careful.”

Hylton’s career spanned from 1964 to 2009, during which time he ran 602 races at the Cup level, posted 140 top 5 finishes, 301 top 10s, and two wins, one at Richmond in 1970 and one at Talladega in 1972. He had the honor of racing against some of the biggest NASCAR legends inlcuding Richard Petty, Dale Earnhardt, and Jeff Gordon.

He raced against the giants of every NASCAR era, from Richard Petty to Dale Earnhardt to Jeff Gordon. Hylton continued to race in ARCA cars until 2013, when he was 78 years old.

Hylton was 83 at the time of his death. His son, who also lost his life in the accident, was 61.

Our prayers are with thy Hylton family and the NASCAR community during this difficult time.